Here’s the thing that made Fred Williamson stand out from other male Blaxploitation stars of the 1970s: even then he wasn’t satisfied with just acting in those violent action thrillers. Even then he had an eye toward expanding into directing/producing his own movies in which he could explore other roles and expand his range as an actor. When he made movies for the traditional Hollywood studios, Williamson soon became famous (and infamous) for his three unbreakable rules for starring in any of their movies: 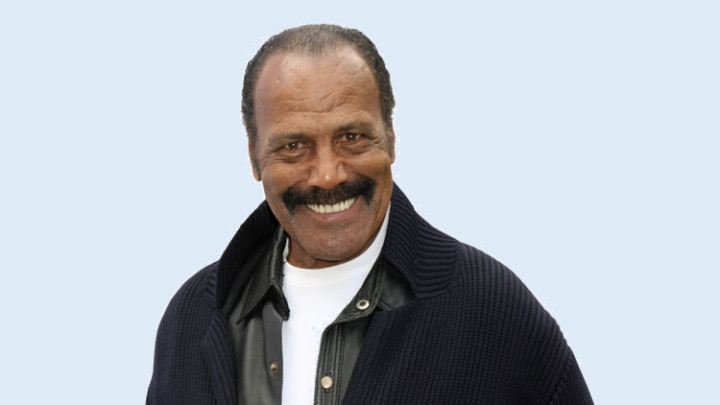 Fred Williamson didn’t hold to those rules in every movie as we see in films such as “Black Eye” and MEAN JOHNNY BARROWS which is a movie that never seems to get mentioned when a list of favorite Fred Williamson movies are made and that’s a shame as it’s one of his best. Not a start-to-finish action flick but more of a character study for much of its running time as Fred Williamson’s Johnny Barrows is a dishonorably discharged Vietnam Vet who struggles with re-integrating into life stateside. Tricked into stepping on a live landmine by a white racist superior officer, Johnny beats up the man and soon finds himself back in the States. No sooner than he gets off the bus in L.A. than he is mugged, his money and clothes taken. He is further brutalized by police officers who just assume Johnny is a drunken bum and toss him in the drunk tank.

The experience seems to trigger Johnny’s PTSD as he does not seek out any family or friends for help but willingly resigns himself to life on the street as a homeless vagrant. He meets up with The Professor (Elliott Gould) a professional bum who teaches Johnny how to survive on the streets. Eventually Johnny gets a job at a gas station working for yet another racist white man (R.G. Armstrong) who will allow Johnny to do no work other than endlessly cleaning the rest rooms.

His situation is complicated by his reconnecting with a friend from his college days; Mario Racconi (Stuart Whitman) a member of a powerful West Coast Mafia family. Johnny only wants to get an honest job and live a peaceful life but such is not to be his destiny as he gets caught up in not only a bloody war between two Mafia families but a romantic relationship with Nancy (Jenny Sherman) Racconi’s girlfriend.

Even though we get Johnny Barrows as a white suited hitman halfway into the movie, Fred Williamson wisely doesn’t turn Johnny Barrows in an unstoppable one-man army. Sure, he goes around killing members of the DaVince mob but he does it mainly by sneaking up on them or out maneuvering them. And while there’s a body count it’s nowhere near as high as the one Williamson racks up in most of his other movies. There’s a far more realistic depiction of violence than you would expect in a movie of this sort. Much of which I suspect had to do with the budget as this thing looks as if it was filmed on absolutely the cheapest of budgets.

Which makes it all the more surprising at the roles from terrific character actors you wouldn’t expect to see in a Blaxploitation Movie. Actors such as R.G. Armstrong, Mike Henry, Stuart Whitman, Tony Caruso, Roddy McDowell and Elliot Gould. Gould’s role is little more than a cameo but it’s interesting because the story is that he not only improvised his character and his dialog but he appeared in the movie for no pay purely as a favor to Williamson as they became good friends during the filming of “M*A*S*H” a movie that everybody forgets Fred Williamson played a pretty significant role in. But the rest of those guys stayed working steadily throughout the 1970s and 80s so every time I watch the movie, I always wonder how they ended up in it because it certainly couldn’t have been for the money.

I wish that Fred Williamson had made MEAN JOHNNY BARROWS later on in his career when he could have put more money into it and had some more power in his directorial muscles because it seems as if he truly had something he wanted to say about Vietnam veterans coming home. Especially with that dedication at the surprise ending. It’s not a worthless movie despite the cheap look and minimal productional values and if you’re a Fred Williamson fan interested in seeing him at the beginning of his directorial career in a role unlike his usual suave, smooth-talkin’ lady-killin’ badass mofo movie persona then by all means this give this one a try. It’s available to rent on Amazon Prime if you’re interested