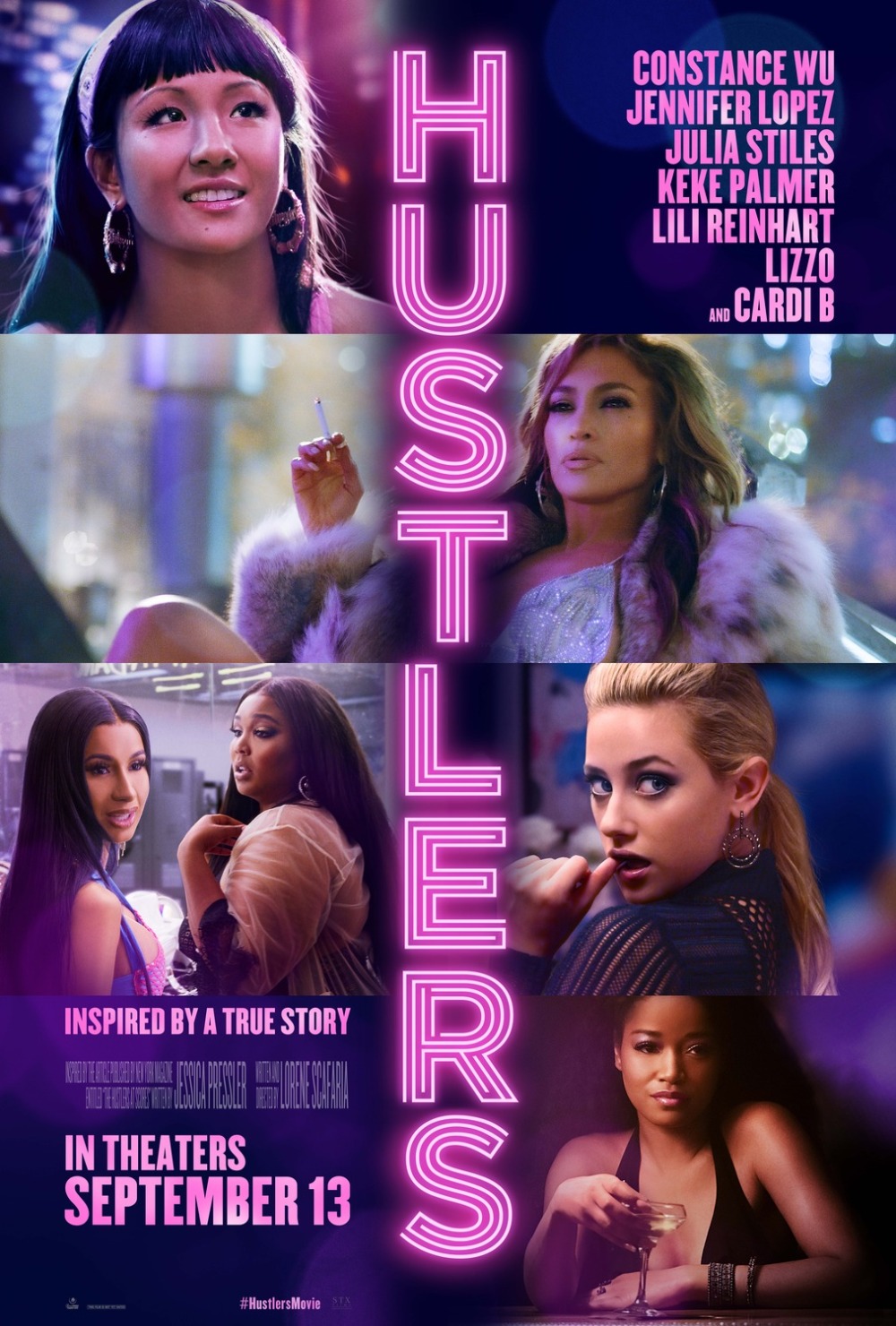 Screenplay and Directed by Lorene Scafaria

Based on “The Hustlers at Scores” by Jessica Pressler

There’s a scene in HUSTLERS that I wish had been explored a little more fully in detail but it’s just enough to give an added nudge of motivation to the main characters as we follow them in their criminal enterprise of drugging and robbing rich assholes just looking for a good time. Dorothy/Destiny (Constance Wu) is a stripper who has left the life to settle down with her boyfriend, have a baby and live in the straight world. Circumstances force her to go back to stripping and when she does, she finds that the business has greatly changed. She has a conversation with Mama (Mercedes Ruehl) who acts as a den mother to strippers and Mama informs her that due to the Financial Crisis of 2008, there aren’t as many Wall Street fat cats who have the disposable cash to hang out in expensive strip clubs anymore. And the ones who do would much rather spend their money on the Russian strippers who are more than willing to do much more than American strippers for a whole lot less. 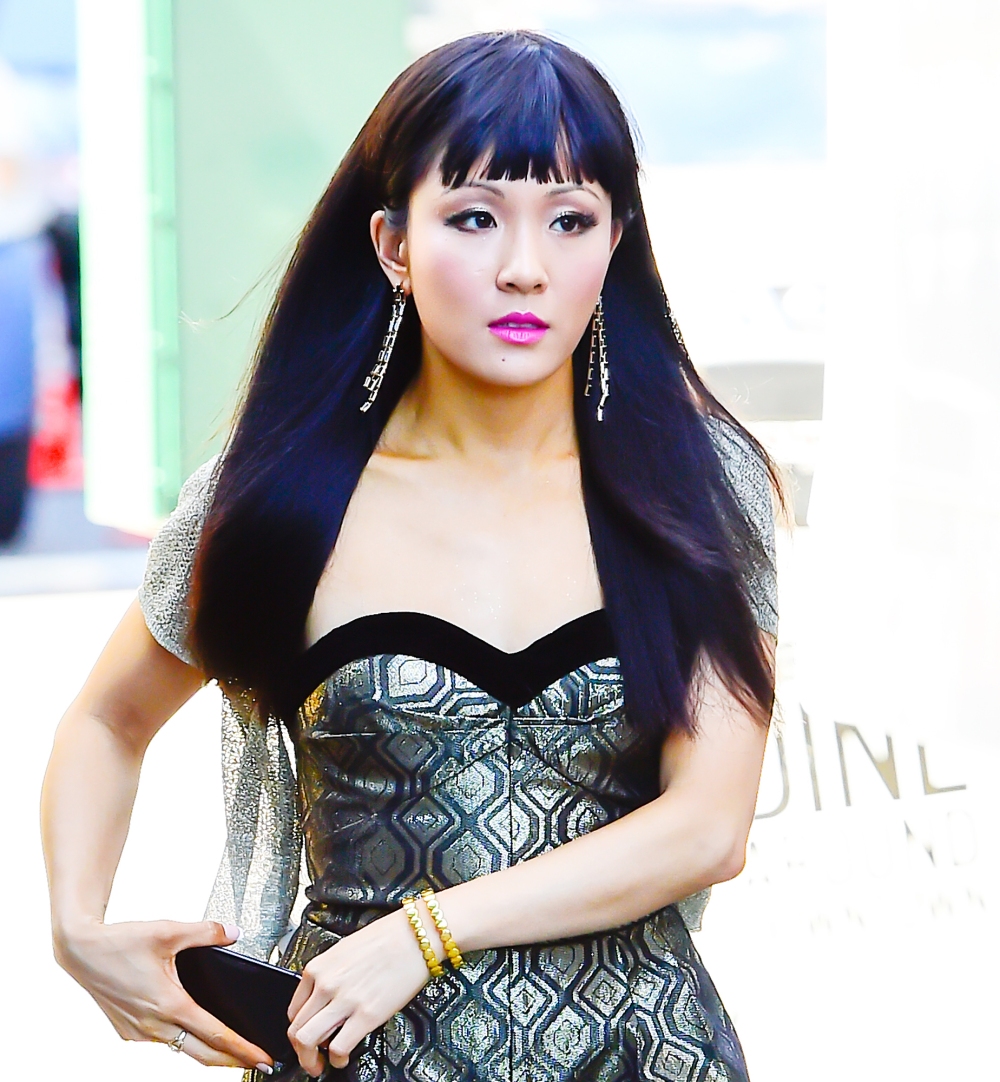 This is not to say that HUSTLERS doesn’t aspire to be Great Good Trash because it does and it is. I would put it on the same shelf with “Valley of The Dolls” “Beyond The Valley of The Dolls” “Striptease” “Magic Mike” and “Showgirls” even though it’s nowhere as sleazy, explicit or as raunchy as a couple of those movies and you know exactly which ones I’m talking about so don’t front. Considering that it’s a movie about strippers, there’s very little sex and what there is is implied, not shown. This is a movie that understands the difference between erotic and exploitation. I can’t help but attribute this to the screenplay being written and the movie directed by a woman who is interested in more than mere sex (not that there’s anything mere about sex, mind you). The women in this movie are motivated by much more than that. They’re invested in having the financial stability to control their lives and who can’t relate to that? 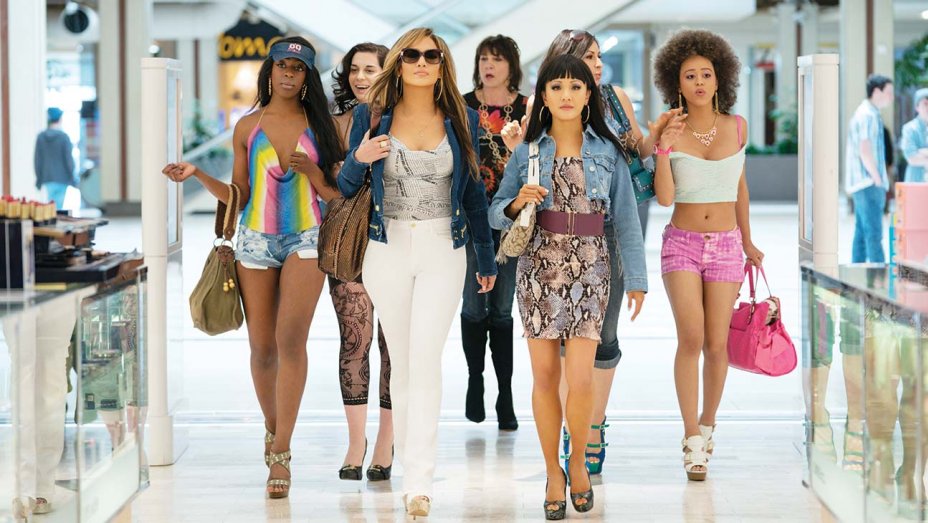 Novice stripper Destiny becomes friends with veteran Ramona Vega (Jennifer Lopez) who takes the youngster under her wing and teaches her the ropes of surviving and profiting in the stripper business. And the strippers in this movie treat it exactly like that; a business. There’s none of the sordid unhappiness you would expect to find in a movie about strippers but that’s because these women keep their eye on the prize; making money and taking care of their family.

That is until Ramona figures out that they can make more money by drugging rich assholes and draining their credit cards than by shaking their moneymakers on a stage. Ramona ropes in a couple of other strippers; Mercedes (Keke Palmer) and Annabelle (Lili Reinhart) and they embark on their criminal enterprise. An enterprise that is extraordinarily lucrative because as Ramona says: “So what are they gonna do when they find out they’ve been fleeced? Go to the cops and say they were robbed in a strip club by a bunch of strippers?” 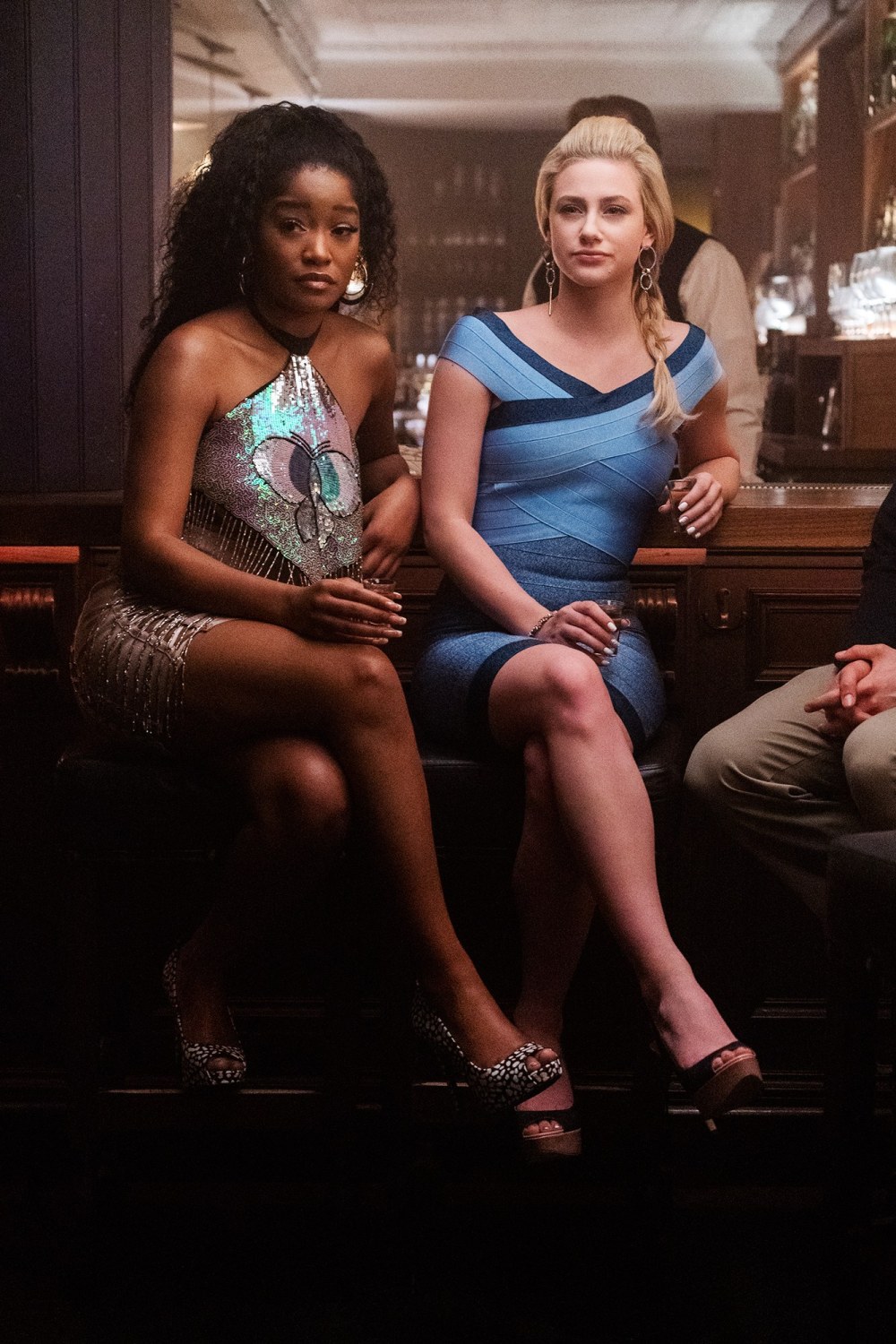 That’s not to say Destiny is completely down with this. She quite rightly points out that there’s a helluva lot of difference between taking advantage of a guy who gets himself so drunk he doesn’t know what he’s doing and deliberately targeting certain men, drugging them and stealing their credit cards. But as so often happens in this movie, the lure of money and the life of luxury and comfort it buys is far too strong for these women to resist. And so it goes. 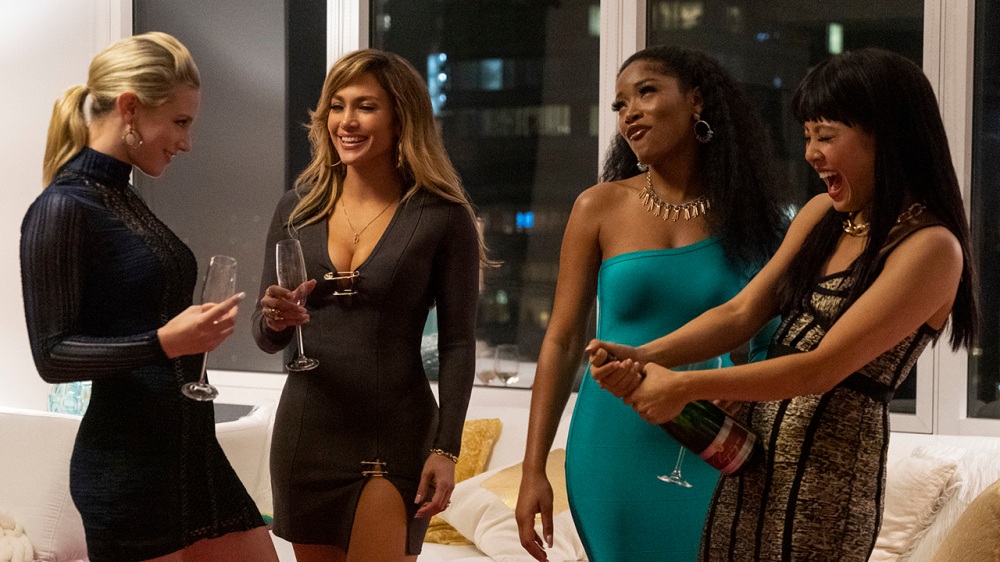 There’s a lot to like in HUSTLERS. It is absolutely insane that human women can look as hot as Jennifer Lopez, Keke Palmer, Constance Wu, Lizzo and Cardi B look in this movie. There’s a scene where Ramona and Diamond (Cardi B) teach Destiny how to pole/lap dance and if you asked me what dialog was spoken during that scene, I honestly couldn’t tell you. That being said, I was disappointed that Cardi B and Lizzo, despite being prominently featured in the movie’s promotions have little more than what amounts to extended cameos. I liked the relationship between Ramona and Destiny. There’s a strong implication that there just might be a lesbian relationship going on between the two of them but I was glad that it wasn’t stated flat out and left it up to my interpretation if they were romantically involved or just really good friends. After all, you never hear anybody wondering if Butch Cassidy and The Sundance Kid had the hots for each other, do you?

Julia Stiles has a nice little role as a reporter interviewing Destiny as the movie is told mainly through flashbacks. I really enjoyed seeing Mercedes Ruehl again and to me it’s more than appropriate that she’s in a movie with these astoundingly gorgeous women because if this movie had been made twenty years ago, she would have played Ramona Vega. 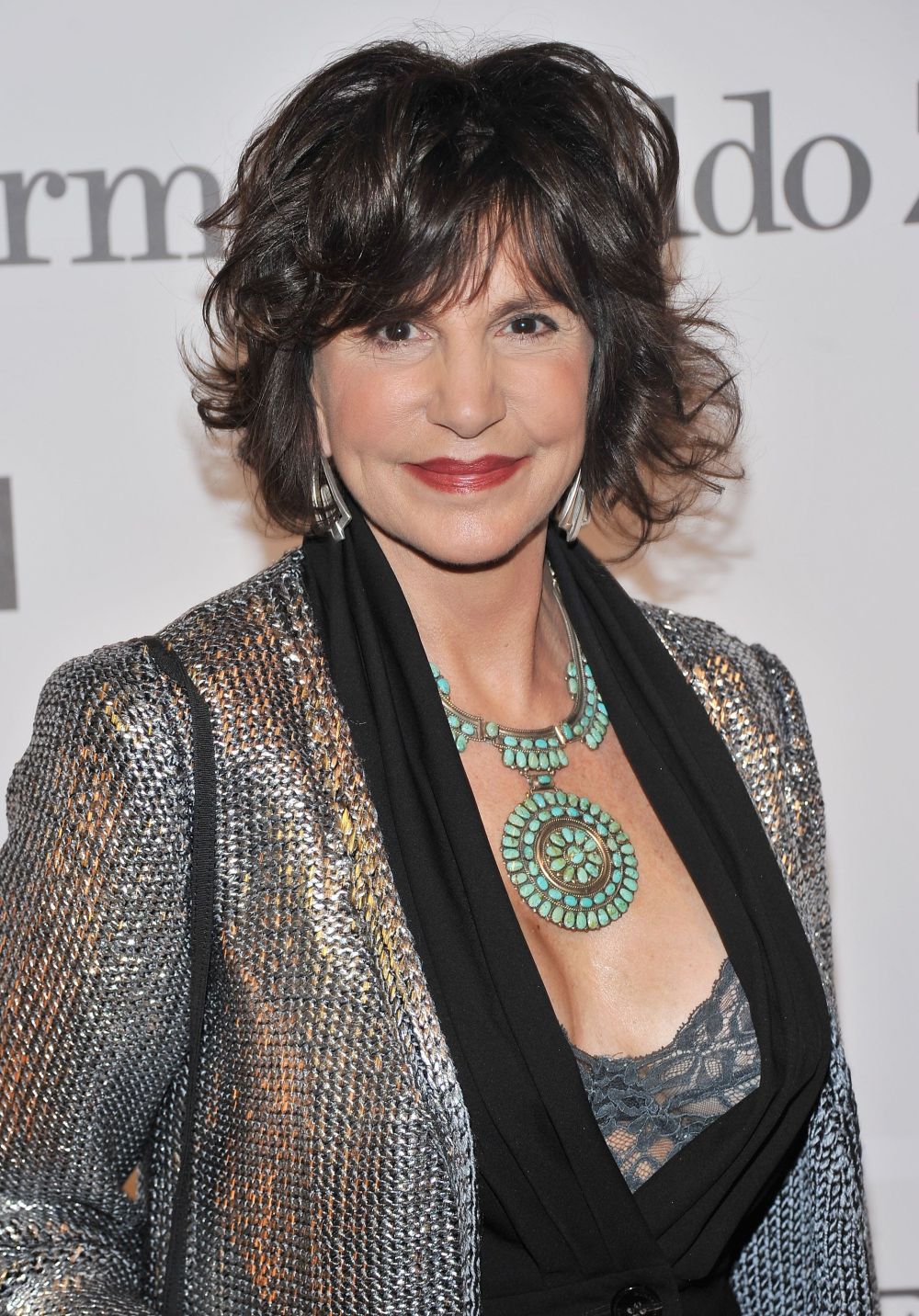 HUSTLERS is a fun movie. I don’t think it’s the best role that Jennifer Lopez has ever played as I could name at least three other movies I think she was better but she’s obviously enjoying herself here more than I think she has in some of her recent projects. The movie really is carried by Constance Wu as it’s Destiny we follow through this story and it’s her head we stay in. We understand fully why she gets caught up in this criminal enterprise but I was never sure as to why Ramona started it. But that’s okay. The journey is the thing and if you’re looking for 110 minutes of pure escapism to take your mind off the troubles of the day, HUSTLERS delivers. It’s a story about women, told by women from the point of view of women and gets a Highly Recommended from me just on that basis alone. Enjoy.

One thought on “Hustlers”