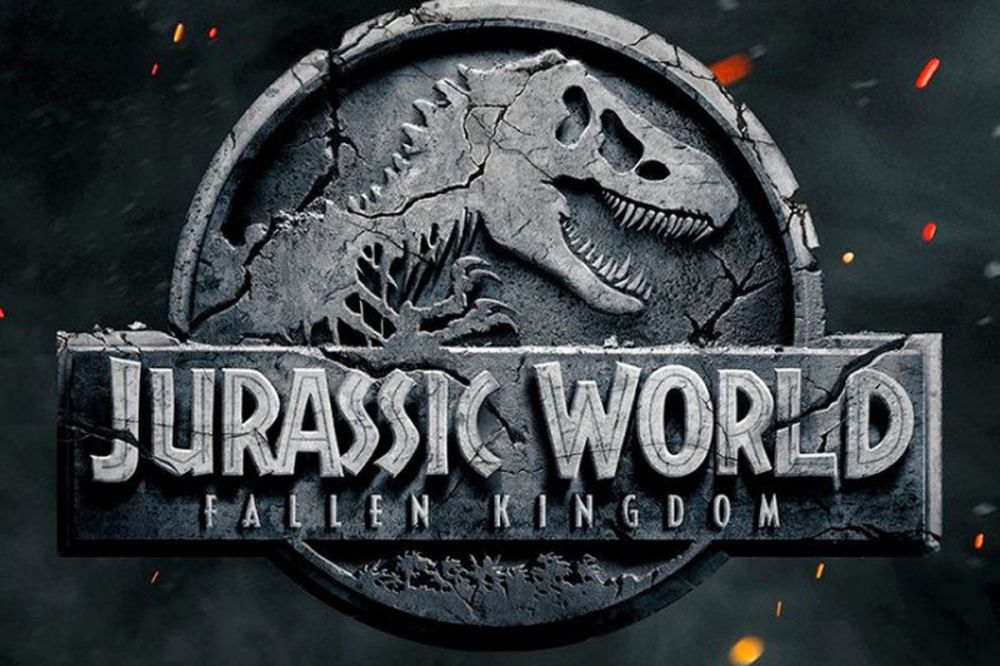 Based on characters created by Michael Crichton

While leaving the theater after watching JURASSIC WORLD: FALLEN KINGDOM I was thinking of “Star Wars: The Last Jedi” believe it or not. The similarity is that much like “The Last Jedi” FALLEN KINGDOM isn’t afraid to kick over the table and upset all the pieces. Everything familiar about the Jurassic Park universe is irrevocably changed in this one and I think that it’s about time. I mean, think about it; how many times can the writers and directors come up with excuses for people to keep going back to Isla Nublar to get et by dinosaurs? In FALLEN KINGDOM, Director J.A. Bayona and writers Colin Trevorrow (who directed the previous movie) and Derek Connolly take the first act of this movie insuring that we never have to go back to Isla Nublar again (but presumably Isla Sorna is still intact, right?) and the last act to firmly make their point that the next movie will indeed live up to the title of JURASSIC WORLD.

After the events of the previous movie, Claire Dearing (Bryce Dallas Howard) the ex-operations manager of the Jurassic World theme park has started an organization to save the dinosaurs on Isla Nublar. The island’s long dormant volcano is no longer dormant and when it blows, it’ll destroy the entire island and the dinosaurs with it. There’s a vigorous nationwide movement to save the dinosaurs but Dr. Ian Malcolm (Jeff Goldblum) advises that nature should be allowed to correct the mistake man has made and let the dinosaurs die. 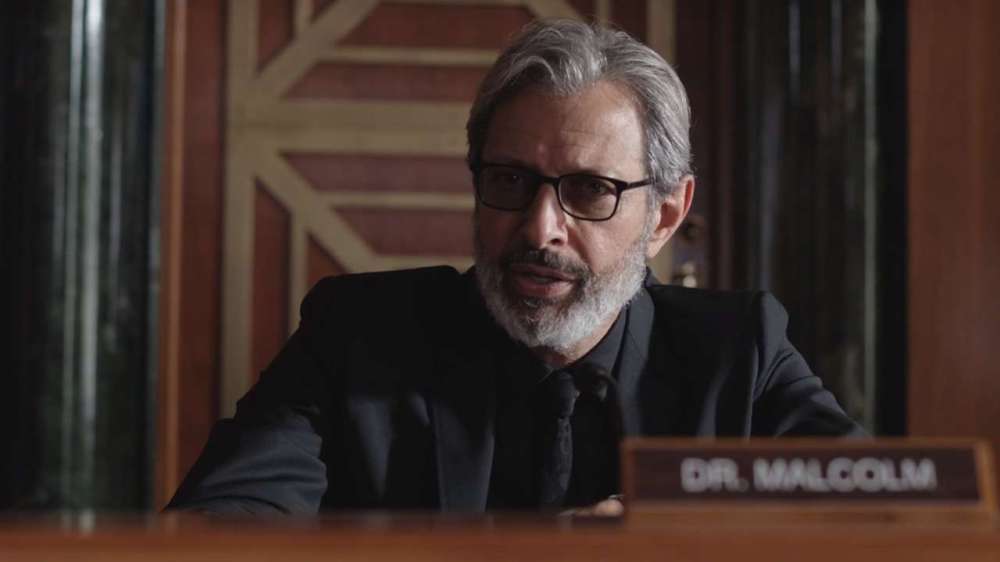 Claire is contacted by Benjamin Lockwood (James Cromwell) who was John Hammond’s partner in developing the cloning technology that enabled them to bring back the dinosaurs. Lockwood is willing to fund out of his own pocket a rescue expedition to extract as many dinosaurs as possible and relocate them to another island. Claire agrees to the mission and recruits Velociraptor wrangler Owen Grady (Chris Pratt) to come and help he. Owen goes primarily to make sure that Blue, the world’s only living Velociraptor, one he raised from birth is saved. Along with techie Franklin Webb (Justice Smith) and paleo veterinarian Dr. Zia Rodriguez (Daniella Pineda) they hook up at Isla Nublar with Wheatley (Ted Levine) the man in charge of the dinosaur rescue operation.

We wouldn’t have a movie if things didn’t go wrong, now would we? And that they do right fast. It isn’t long before Claire and Owen catch on that the rescue operation is actually part of a scheme hatched by Lockwood’s ambitious aide Mills (Rafe Spall). Mills has partnered up with Dr. Wu, the biotechnical/genetics super genius responsible for the procedures used to clone the dinosaurs. He’s even managed to tinker with the DNA of the dinosaurs to create new species such as the Indominus Rex from the previous movie. In this one he’s created an even more fearsome killing machine by combining the DNA of the Indominus Rex and a Velociraptor ; the Indoraptor. 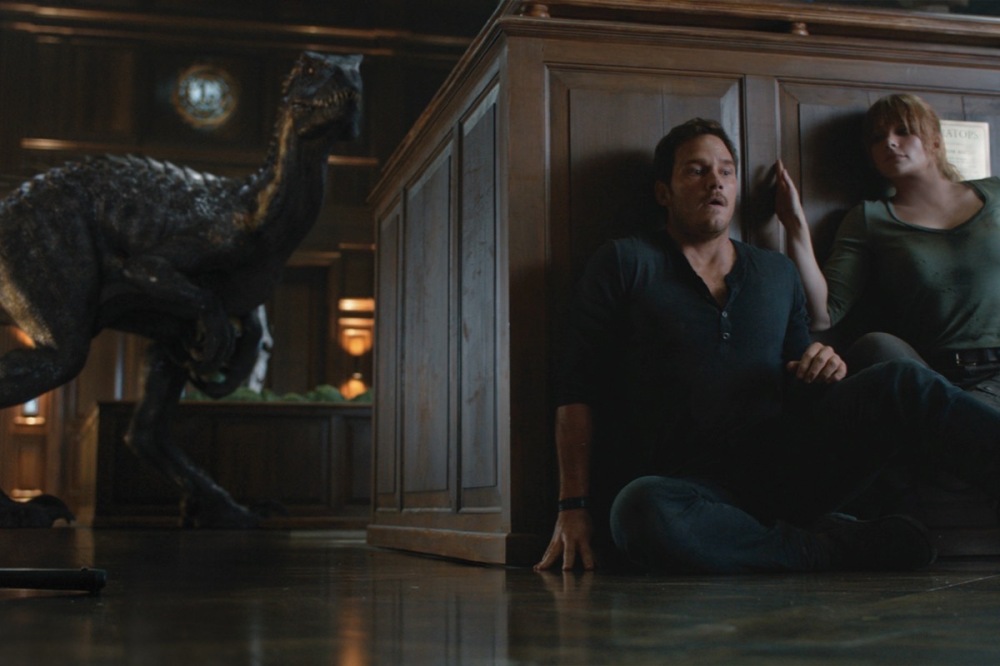 Mills intends to auction off the surviving dinosaurs to collectors, terrorist groups, private military contractors, whoever has enough money to pay and pay big. Then he’ll take the money to fund Dr. Wu so that he can make bigger, better, more dangerous dinosaurs. Dinosaurs that he can then sell for even more money. It’s up to Claire and Owen to stop his scheme and somehow save the last of the dinosaurs. But even if they do get them out of the vile clutches of Mills and Wu then where will they take them?

JURASSIC WORLD: FALLEN KINGDOM solves that problem and a few others in ways I wasn’t expecting. But then again, I wasn’t trying to. Unlike a goodly amount of people nowadays I don’t burn up valuable brain cells trying to outthink a movie or concoct overly elaborate scenarios in my head as to what the movie should be then BMW about it later on when the movie I saw didn’t match the movie in my head. I’m content to go see a movie and let the people who made it do their jobs and entertain me. And that’s just what JURASSIC WORLD: FALLEN KINGDOM did. Saturday afternoons and dinosaur movies go together like peanut butter and jelly so I had a good time with the movie. 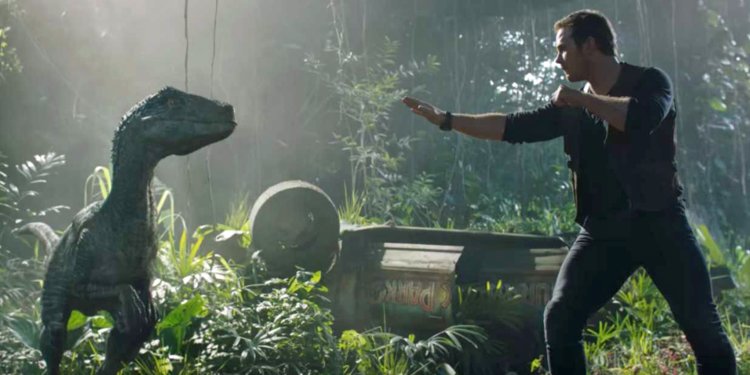 Chris Pratt and Bryce Dallas Howard don’t dig deep into their respective acting bag of tricks for this one. They know the I’s they’re supposed to dot and the T’s they’re supposed to cross in this type of movie and they do it most capably. Chris Pratt is the most likeable and fun Movie Action Hero working today as he radiates nothing but confident charm and heroism on screen. He’s the new Buster Crabbe far as I’m concerned. I got a big laugh out of the director making it a point to have several shots establishing exactly what kind of appropriate footwear Howard wore in different scenes/locations. I couldn’t help but feel it was a sly dig at those whiners complaining about her wearing high heels in the jungle in the previous movie. I didn’t laugh so much at a crucial point in the movie where all the main characters, including the Indoraptor somehow find their way to someplace they should have no idea of how to get to and the Indoraptor displaying talents that had me rolling my eyes and groaning.

Halfway through the movie I was praying for Smith’s character to get et as he is easily the most annoying character I’ve seen in a movie this year and I’ll throw in last year for good measure. It’s always good to see Jeff Goldblum in any movie and I can only hope they’ll find more for Dr. Malcolm to do in the next movie.

In short, if you’re a fan of the “Jurassic Park” movies and you’ve seen them all then you’ll most likely see this one as well and enjoy it. JURASSIC WORLD: FALLEN KINGDOM is extremely well made chewing gum for the brain and if you take it as such, you’ll have a good time at the movies. Enjoy.