Overall, I love it even though I dislike Alec Baldwin

1: Wasn’t a fan of Baldwin’s deadpan humor in the film (some of which I bet he adlibbed)

2: Why did we have to see Baldwin’s face in the final battle between The Shadow and Shiwan Khan? At that point it became an Alec Baldwin movie instead of a Shadow movie. That bugs me.

Here goes the 80% positive of the film:

1: I loved the very dark backstory of this incarnation of The Shadow. I say this incarnation because we are watching the story about a Shadow. Not The Shadow of the pulps. This is Lamont Cranston, Warlord of China, possible drug and gun runner. Who is a king in his own domain until a certain teacher shows him the error of his ways. That entire sequence was outstanding to watch, in my opinion.

2: The opening battle between The Shadow, Duke and his goons on the bridge as The Shadow rescues an important scientist. The scene does a great job of showing how cunning and ruthless The Shadow can be and that entire sequence was true to the nature of The Shadow from the pulps.

3: 1930s New York is absolutely gorgeous, providing the necessary atmosphere of how weird and wonderous it would be to live in a city where such a gun-toting vigilante operates.

4: The power upgrade given to Margo Lane was a happy surprise and made her more interesting instead of a damsel-in-distress or tagalong for The Shadow.

5: John Lone as Shiwan Khan is to The Shadow what Ra’s al Ghul is to Batman. A deadly equal and opposite who shows The Shadow what he might have become if he had decided to evolve towards his personal vices instead of using his abilities to help those unable to protect themselves.

6: The Shadow’s agent network of spies, lookouts and drivers who help The Shadow rid New York of organized crime and other diabolical plots that threaten it. And it’s all done as life debts for The Shadow saving their lives at some point in their past. I especially loved the mail system to Burbank.

7: The writing is pretty solid with only a few threads left here or there. I think those threads would have been explored more in a sequel (or sequels) if the film hadn’t tanked at the box office. 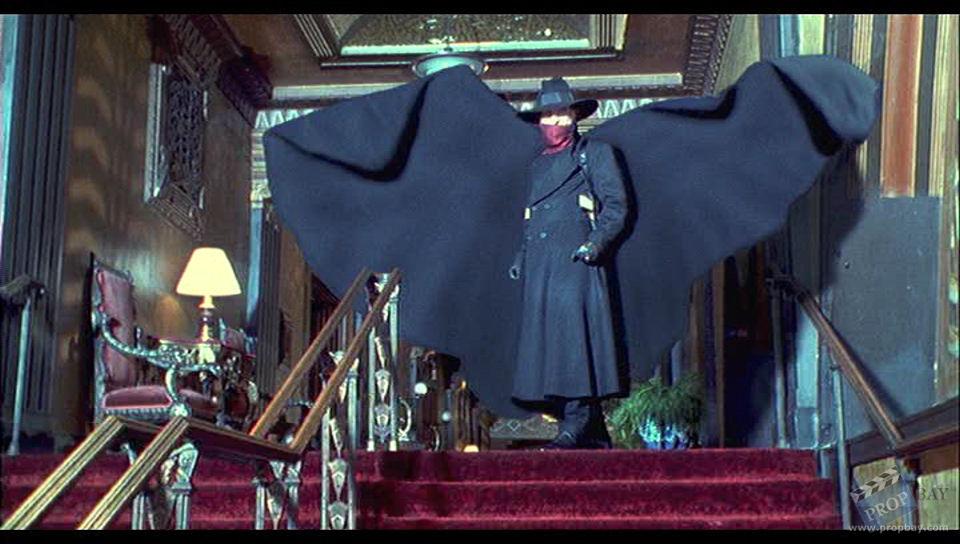 8: The music. In particular the always gorgeous Taylor Dane singing “Original Sin.” I loved it when I first heard it as a 15-year-old and as a 38 looking at 39 year old, I still love it. And her. The woman can sing!

4 thoughts on “The Shadow: A Lucas Garrett Review”