There are a number of movies that I’m glad I saw mainly because of the sheer emotional wallop they deliver. “Passion of The Christ” “Requiem For A Dream” “The Panic In Needle Park” and “Hard Candy” are the ones that pop into my mind right away. I recommend those movies because they are exceptional movies that reach right into your guts and give ’em a really good twisting. But I wouldn’t want to watch them a second time and I probably never will. I can add LION to that list. It’s an extremely well-made movie with solid acting from the cast and it does the same thing to me that most movies about India do to me: it makes me want to jump on a plane and go there because it’s a breathtakingly beautiful country.

But it’s also a country of intense despair and unrelenting poverty. And the situation the main character Saroo finds himself in is heartrendingly unhappy. It’s bad enough to make Charles Dickens weep and we all know what changes he put his characters through.

Five year old Saroo (Sunny Pawar) and his older brother Guddu (Abhishek Bharate) live in the town of Khandwa with their mother and sister, eking out a living as best they can. They’re so poor that church mice live better than they do but they’re happy and full of love for each other. One night Guddu gets up to leave, intending to catch the train to the next town over looking for work. Saroo insists on coming with him. The brothers end up on a train platform where Guddu leaves an exhausted Saroo who just wants to sleep. Guddu tells Saroo that he will be back and Saroo is to wait for him.

Saroo wakes up on a deserted platform. He goes in search of his brother and ends up trapped on another train that due to mechanical malfunction is being taken out of service and being returned to it’s point of origin: Calcutta. Saroo is stuck on the train for three days and nights and once he gets to Calcutta and finally gets off the train he is in an unfamiliar city where he cannot even ask for help since he does not speak the Bengali language. Saroo spends a couple of months living on the street, stealing food where he can find it and constantly on the move, evading wolfpacks of men who snatch homeless children off the street and take them away for purposes it is best that we not imagine.

Eventually Saroo is taken to an orphanage and after three months is told that since no one has claimed him, he is to be sent to Australia where he is to be adopted by Sue and John Brierley (Nicole Kidman and David Wenham) There’s more than a strong hint that the orphanage really didn’t look all that hard to find Saroo’s mother and that some money may have changed hands in the adoption process but then again, I’m a suspicious so-and-so.

When we pick up on Saroo he’s grown into Dev Patel who you may remember from “Slumdog Millionaire” and the “Best Exotic Marigold Hotel” movies. He’s got a sweet girlfriend (Rooney Mara) and is studying hotel management (which considering his role in the “Best Exotic Marigold Hotel” movies gave me a good laugh) and life is good. He is troubled by his inability to help Mantosh (Divian Ladwa) another Indian boy adopted by the Brierley who has not adopted as well to the Australian way of life as Saroo has. But soon Saroo will need help of his own. During a dinner party with Indian friends, the food triggers long suppressed memories of his life back in Khandwa with his brother, mother and sister. The emotions accompanying the memories are so overwhelming that Saroo drops everything, including his new job and his relationship with his girlfriend Lucy and his parents as he begins an obsessive search for his biological family, trying to find the town using maps and Google Earth. 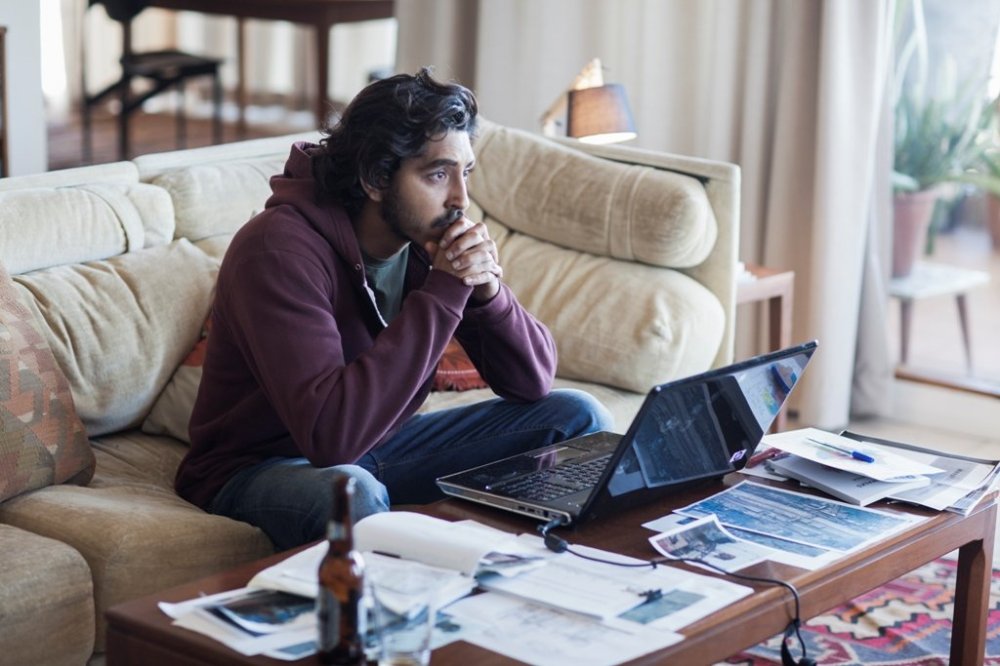 Like I indicated earlier, this isn’t exactly a fun date night at the movies kind of flick. The first half with the young Saroo living on the streets is especially harrowing and Sunny Pawar is totally believable. He’s plucky enough to survive on his own but his loneliness manifests itself through not only his facial expressions but his body language. It’s quite a piece of acting. The scenes between him and Abhishek Bharate playing his older brother are especially good. Sunny Pawar easily walks off with the movie’s MVP award. 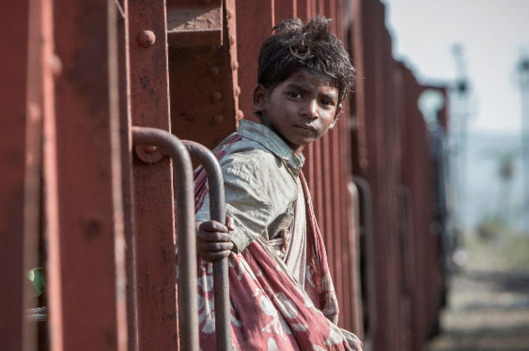 The ending of LION is one that I know is supposed to be uplifting and give us A Moment but it left me feeling sad and depressed for a number of reasons I can’t give away here because if I do…well, there goes the movie for you. Suffice it to say that I was not uplifted. I grieved for years wasted and lives lost and leave it at that.