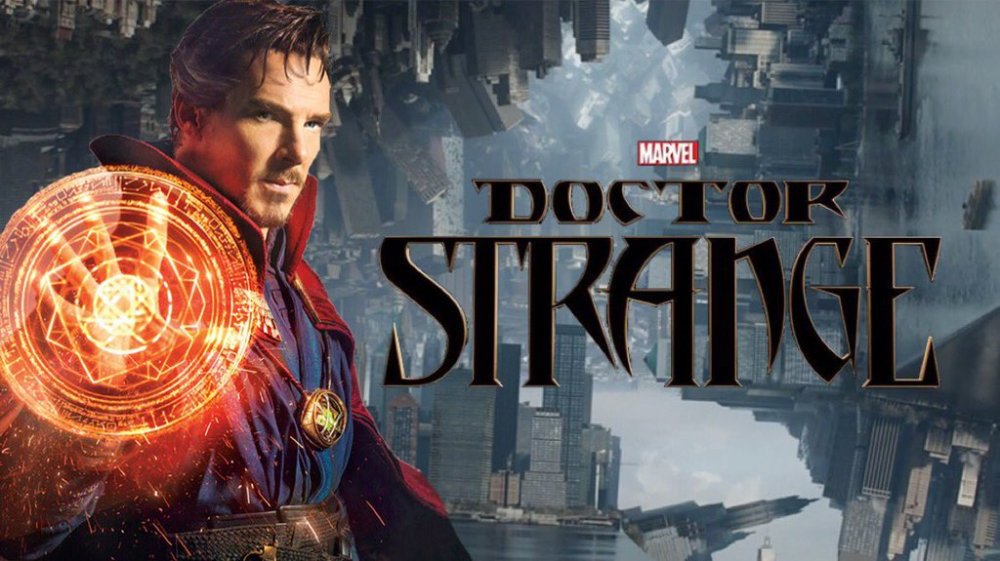 Based on “Doctor Strange” by Stan Lee and Steve Ditko

Fourteen movies into the Marvel Cinematic Universe and for me the question is not if/when Marvel Studios will make a bad movie. It’s if they are even capable of doing so. Oh, know that 2008’s “The Incredible Hulk” has its detractors and I can hear Van Allen Plexico over there in the fourth row yelling; “What about Iron Man 3, you nitwit?”  But far as I’m concerned, Marvel Studios have consistently knocked it out of the park which each and every one of their movies.

Why do I love the Marvel movies so much as opposed to the dreadfully depressing and dreary DC Extended Universe movies? First of all, they’re quite simply fun. They’ve got characters that enjoy being superheroes and having fantastic adventures. Unlike the superheroes in DC movies that are morose, miserable and appear to be embarrassed and ashamed to be superheroes. It also helps that Marvel has a definite plan for their Cinematic Universe, a structure that allows for the solo movies to develop character and the individual superheroes to work, live and breathe in their own respective corners of the MCU before coming together in an “Avengers” movie.

And the various MCU superheroes do have their own arenas of interest so that their solo movies are reflective of who they are. So the Iron Man movies are technological thrillers. Captain America movies are political/espionage adventures. Thor movies are high fantasy/sword-and super-science epics. And with DOCTOR STRANGE we get to explore an all new dimension of the MCU in more ways than one: magic.

Doctor Stephen Strange (Benedict Cumberbatch) is a world famous neurosurgeon who has the genius and skill to back up his ego. Until he gets involved in a car accident that leaves him with nerve damage so severe that he can’t even hold a scalpel. Even though he could continue to be a healer by working strictly as a consultant that isn’t good enough for him and he spends his fortune on experimental treatments trying to heal his hands. When that fails, his quest leads him to the mystic land of Kamar-Taj and The Ancient One (Tilda Swinton) who is the current Sorcerer Supreme. Despite Strange being an arrogant ass, The Ancient One is persuaded by her chief disciple and a master sorcerer in his own right, Karl Mordo (Chiwetel Ejiofor) to take on Strange as a student. 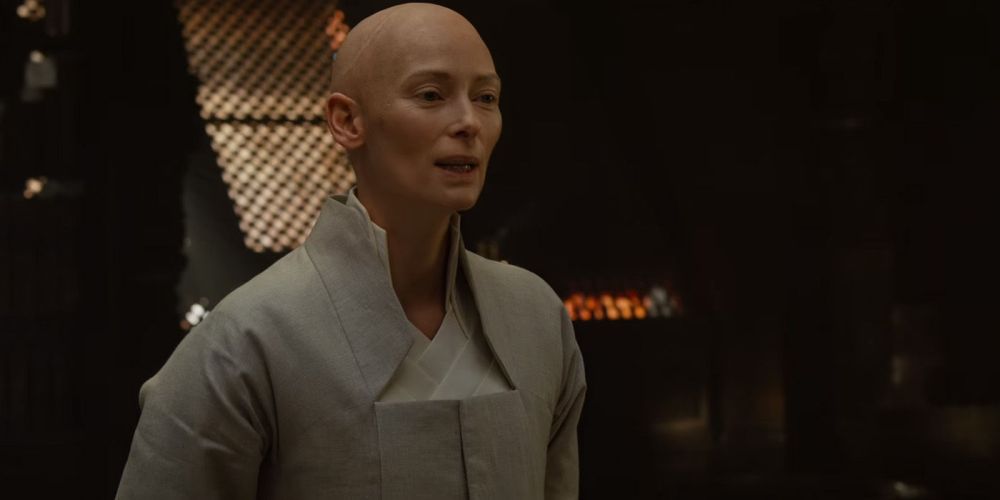 With the teaching of The Ancient One and assisted by Mordo and Wong (Benedict Wong) a Master of The Mystic Arts who is also the guardian of Kamar-Taj’s magical relics and books, Strange shows an astonishing aptitude for magic, quickly becoming adept at astral projection and creating magical portals to travel great distances and even between dimensions. He’s going to need these newfound abilities to combat the rogue master sorcerer Kaecilius (Mads Mikkelsen)

Kaecilius has stolen a forbidden spell from The Book of The Vishanti capable of opening up a portal to the Dark Dimension, domain of the dread Dormammu. Within the Dark Dimension, time does not exist and one can live forever. It’s very simple: Kaecilius brings Dormammu to Earth so he can add it to his domain and Kaecilius gets to live forever. It’s up to Stephen Strange, barely in control of his powers to defeat Kaecilius and Dormammu and save the world.

Okay, that’s like the barest plot synopsis and on the surface it seems as if it’s not that much different from your typical origin story but such is not the case. Since we’re dealing with magic here there’s an entirely different vibe at work here. I liked how martial arts were integrated into the use of offensive and defensive magical shields and weapons so that there’s truly a distinctive look to the fight scenes.

And even the look of the magical energies depicted in DOCTOR STRANGE is refreshingly different. I was afraid we’d get scene after scene of two sorcerers standing ten feet from each other, throwing bolts of energy while grimacing as if trying to pass a kidney stone. Thank Odin, no. Magic here is used to change and warp reality, to disorient your opponent and use the very landscape to attack him. When I say that the fight scenes in DOCTOR STRANGE are trippy, I shit you not. By now you’ve probably heard that they’re a lot like scenes from “Inception.” True. If you’re watching “Inception” while on acid. There’s a fight scene between Strange, Mordo and Kaecilius in New York that’s like M.C. Escher on industrial strength crack. And there’s one deliriously deranged scene where The Ancient One shows Strange the nature of the multiverse that comes awfully close to reproducing some the bizarre imaginings of classic Doctor Strange artist Steve Ditko on screen.

Benedict Cumberbatch, Chiwetel Ejiofor, Tilda Swinton and Benedict Wong didn’t have to be as good as they are in their roles. But I certainly appreciate that they are. They walk that fine line with giving performances that have respect, seriousness and gravitas but at the same time you can see they’re having fun as well. Especially Mr. Cumberbatch. While watching him work I was reminded of that Joss Whedon quote: “Make it dark, make it grim, make it tough, but then, for the love of God, tell a joke.” Cumberbatch and Swinton give Stephen Strange and The Ancient One their dark moments and Mordo really gets his soul chewed up in the third act and even Wong has his trials and tribulations but thank Umar we don’t have to suffer through two hours of depressing characters torturing us with their manufactured angst. The actors know their characters can’t have dark without light and play them accordingly.

That doesn’t mean I loved every part of DOCTOR STRANGE. Rachel McAdams has a slight role that seems little more than a set-up for a bigger role in later movies or even the Netflix Marvel series (go Google “Night Nurse” and you’ll see what I mean) Stephen Strange finds Kamar-Taj way too easily. And while I can go with Strange having an aptitude for magic (after all, he does eventually inherit the title of Sorcerer Supreme) it’s really a stretch that he’s able to hold his own with guys who have been studying the mystic arts far longer than he has.

Still, I’m a forgiving sort when a movie is entertaining me and providing as much fun and enjoyment as DOCTOR STRANGE does. It’s a fine addition to the MCU and I’m greatly looking forward to seeing him return.