Screenplay by and Directed by Nate Parker

Based on a story by Nate Parker and Jean McGianni Celestin

That usually was what I heard from some of my friends of color whenever the subject of THE BIRTH OF A NATION came up. Funny how I never hear any of my Jewish friends complaining when a new movie about The Holocaust is in theaters. Slavery is The Holocaust of the African-American in America and me; I don’t think we can talk about it enough. Slavery is woven into the very fabric of America’s DNA and until and unless we all decide to be honest about that fact and deal with it, we’re always going to have racial issues. But, everybody’s movie choices are their own and if you don’t want to see THE BIRTH OF A NATION, God Bless. There’s always another Kevin Hart comedy or all-black remake of a twenty year old Lifetime thriller that is more to your movie-going taste, I’m sure.

I was pleasantly surprised to discover that THE BIRTH OF A NATION is more of a biopic than anything else. If for nothing else the movie should be seen if just to get acquainted with Nat Turner if you don’t know much about him and be encouraged to do more reading about him on your own. Nat Turner led a slave rebellion in the summer of 1831 that caused the deaths of nearly three hundred people, black and white. We do get to the viciously bloody rebellion but before that we spend a lot of time with Nat Turner and grow to understand why he led this rebellion as he is a complicated man who lives in several worlds at once. 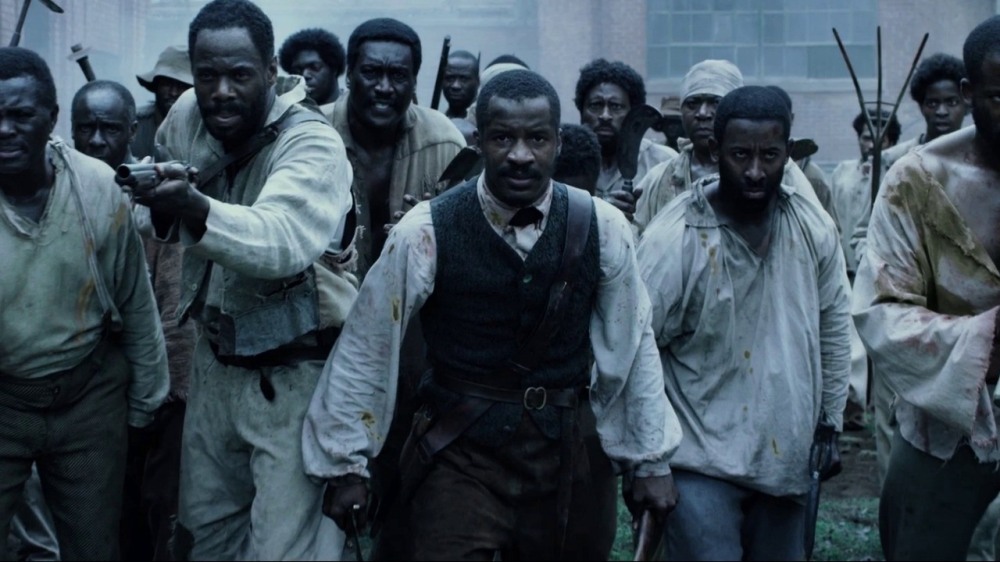 There’s the slave world he lives in and his complicated relationship with his white childhood friend Sam Turner (Armie Hammer) who becomes his master when they grow into adults. As a child, Nat learns how to read thanks to the benevolence of Sam’s mother Elizabeth (Penelope Ann Miller.) The only book she’ll allow him to read is The Bible and this leads to Nat’s spiritual growth as he becomes a man of faith, living in the world and word of God, preaching to his fellow slaves on his plantation at first. But then, other plantation owners persuade Sam to bring Nat around to preach to their slaves, figuring that he’ll preach them to be good, docile Tobys.

It has the opposite effect since because he gets to travel to other plantations where the treatment of slaves is truly and horrendously barbaric. Nat’s inner struggle with his faith in the face of such raw brutality and savagery is what sets this movie apart from other movies with similar themes. There’s also a very interesting added layer in that we see slaves who are not that far removed from their African culture and indeed, have integrated tribal rituals and ancestral rites into their Christian beliefs. Nat embodies this as he has visions both Christian and African as if they are both working in his soul. It’s a layer that’s not explored enough for me but it does provide religious fuel for THE BIRTH OF A NATION that powers the engine of Nat Turner’s eventual breaking point and his transformation from man of God to bloody-handed revolutionary leader using The Bible’s words no longer as loving instruments of peace but as swords of war.

If there’s any flaw with THE BIRTH OF A NATION it’s that we spend too much time with Nat Turner. I was on good footing about his beliefs, his feelings and his thoughts and Nate Parker most likely won’t win an Academy Award for Best Actor but he should. As the adult Nat Turner he’s on screen for most of the movie’s running time to the detriment of the other characters in the movie, I felt. Most of whom we really don’t get to know all that well with the exception of Roger Guenveur Smith as Isiah, a house servant who tries to counsel Nat away from his plan and Jackie Earle Haley as Cobb, a slave catcher. I’ve enjoyed the work of Mr. Smith and Mr. Haley for many years now. They’re actors who guarantee that when they’re on screen, you can’t take your eyes off them. Mark Boone Junior provides what little comedy relief we get in the movie as the boozehound Reverend Walthall. Gabrielle Union is also in there somewhere in what amounts to a blink-and-you’ll-miss-her cameo. 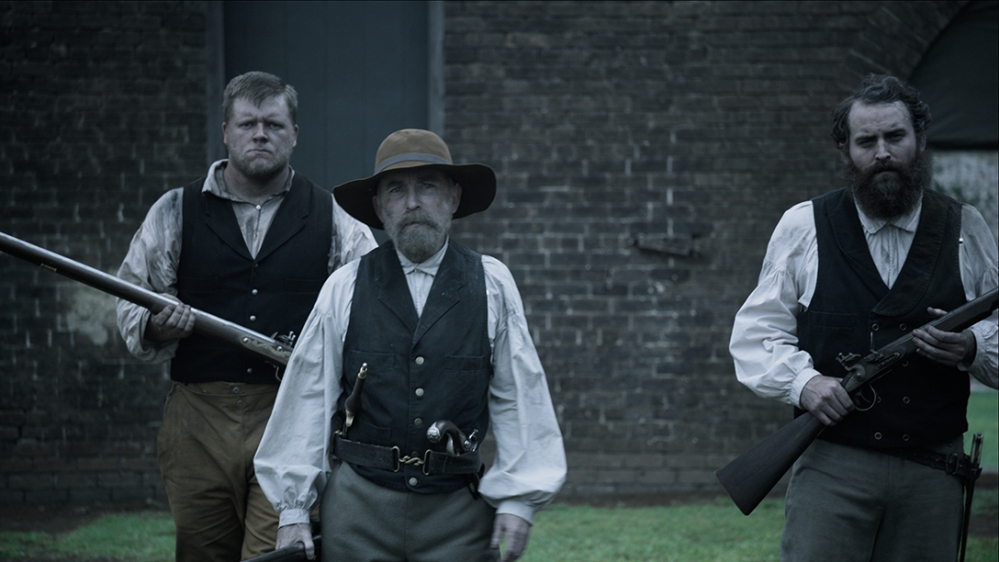 Usually I end my reviews with asking you the question should you see the movie or not. THE BIRTH OF A NATION is a movie I would venture to guess that most of you have made up your mind about already and have either seen it or passed it by so that question is moot. Me, I enjoyed it. Not as light entertainment to waste a couple of hours. I’ve seen enough of those movies this dismal movie year. THE BIRTH OFA NATION is an intelligent, historic biographical drama that I appreciated for not being “just another slave movie.” Yes, the character of Nat Turner is still a controversial one and some may criticize me for characterizing Nat Turner as much an authentic American hero as any other, black or white that you can name. But be mindful that his revolution began with the same spirit as America’s revolution to break from England. He also wanted to be free.

2 thoughts on “The Birth of A Nation”