Don’t let the fact that the bank robbers, the lawmen and the posse in HELL OR HIGH WATER pack semi-automatic handguns instead of six shooters or that they drive supercharged pickup trucks instead of riding horses trick you. It’s very much a Western. And as its set in West Texas it’s got Texas Rangers. And far as I’m concerned, any movie that has Texas Rangers in it qualifies as a Western. End of discussion.

The Howard brothers Toby (Chris Pine) and Tanner (Ben Foster) go on what at first looks like a spur-of-the-moment bank robbing spree. Nothing could be further from the truth. Toby has a meticulous plan in mind that he insists has to be followed to the letter if the brothers are going to accomplish their goal. Their mother has died recently, leaving their ranch in debt.  Due to a reverse mortgage, the bank will foreclose on their ranch in a week. Oil has recently been discovered on the land and Toby’s plan is to pay it off and give the ranch, land and oil to his sons.

The plan involves robbing the very bank that holds their mortgage and using their own money to pay them. In order to avoid the dye packs hidden in stacks of banknotes the brothers only take the loose bills. This means that they’ll have to hit all seven branches of the bank in order to get enough money to pay the bank off. Once they hit a couple of branches they drive to Oklahoma to lauder the money at an Indian casino. This allows them to not only exchange the money for untraceable bills but gives them a plausible reason for how they acquired the money.

There are two things wrong with this scheme: a pair of Texas Rangers. Marcus Hamilton (Jeff Bridges) is a few weeks away from retirement and not looking forward to it a bit. Alberto Parker (Gil Birmingham) is his long suffering partner who endures Hamilton’s good-natured racist ribbing of his Native American/Mexican heritage with a weary stoicism no doubt cultivated from years of working with the man. They catch the case and begin a quietly methodical pursuit of the bank robbers. 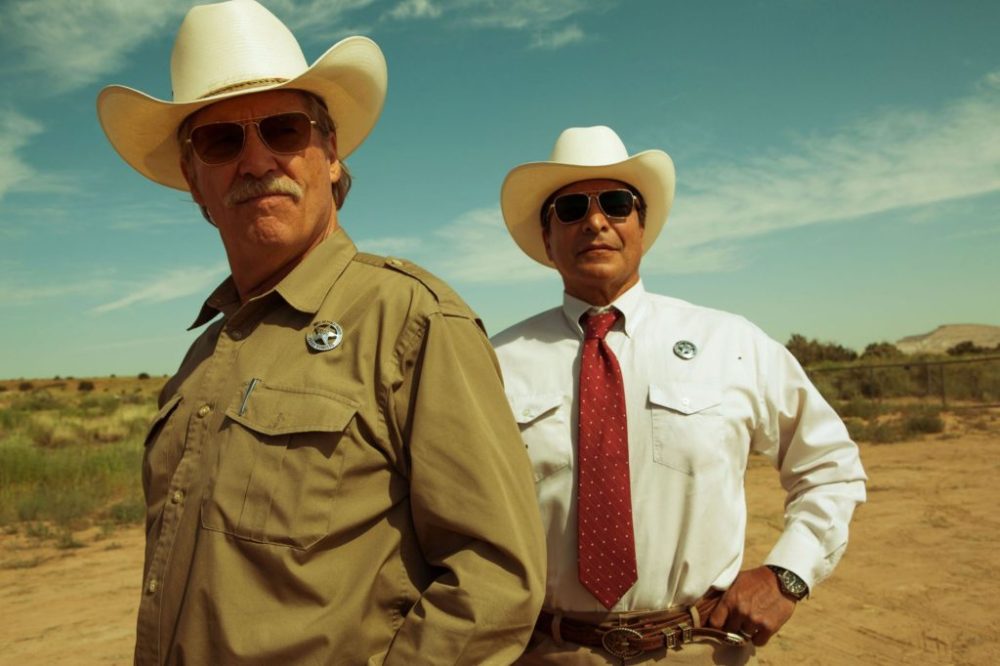 Despite Toby’s insistence that they follow the plan and that nobody gets hurt, Tanner takes more and more increasingly risky chances and his violent streak, nurtured by a ten year bid in the joint begins to take over. And Toby begins to wonder if he can keep his brother on a short enough leash to keep somebody from getting killed until this is all over. 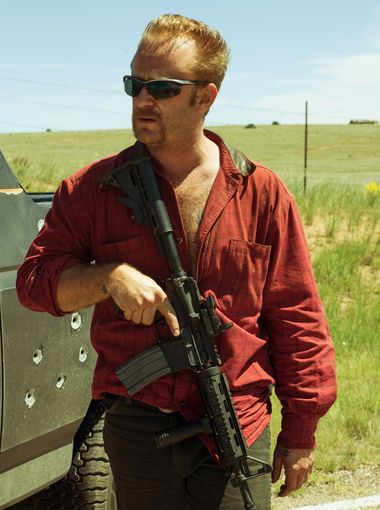 The exceptional thing about HELL OR HIGH WATER is how quickly it gets you on the side of the Howard brothers. Yeah, they’re bank robbers but they’re robbing banks. And who really likes banks, right? I liked how the movie spends a considerable amount of time letting us just hang out with the brothers as they sit on the porch of their ranch, drinking beer and talking or eating breakfast in a diner. I loved one scene in particular where the brothers are just horsing around, wrestling and chasing each other and for a brief moment you can see the innocent, carefree boys that they were long ago.

The movie holds down the sermonizing on the state of financial institutions and their relationship with Americans but it manages to make its point. The people who live in this movie are people who have no illusions about The American Dream. There are a couple of monologues delivered by a waitress (Katy Mixon) and by Alberto that sums up pretty much the state of affairs that defines their world. They’re short scenes but powerful ones. And director David Mackenzie has a couple of scenes, including one involving customers at a bank branch, all who are armed, forming into an impromptu posse that I’m convinced are statements on American gun culture.

Chris Pine long ago proved in movies such as “Unstoppable” “Horrible Bosses 2” and “Into The Woods” that he doesn’t have to worry about a career after he’s done with “Star Trek.” Toby Howard, despite the fact that he’s been straight as an arrow all his life, turns out to be a far better criminal than his brother. Pine works at creating a character here and he pulls it off. Don’t look for any traces of James T. Kirk here. You won’t find it. Ben Foster provides most of the movie’s humor and is a refreshingly unpredictable element. We’re watching Tanner intensely because just like Toby, we don’t know what he’s going to do next and we don’t want to miss a second of whatever this lunatic decides to do. 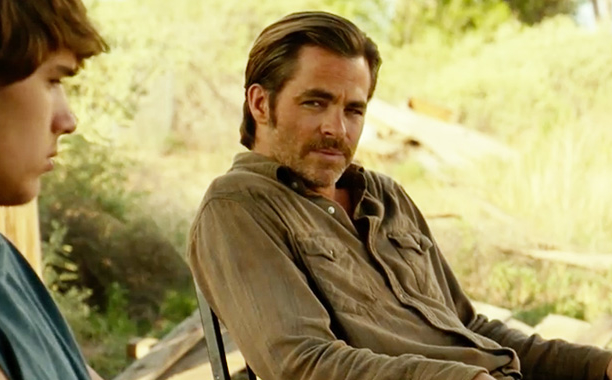 Jeff Bridges is terrific as usual. When has Jeff Bridges not been terrific? He’s been so good for so long that I think there’s a tendency to take him for granted. The scenes between him and Gil Birmingham is a sort of mirror of the relationship between Tanner and Toby. These Texas Rangers have worked together for so long that in a very real way they’re brothers themselves.

Should you see HELL OR HIGH WATER? Absolutely. It’s a Western. It’s a Crime Thriller. It’s a Heist Movie. And joining all these genres together is meticulous characterization and solid social commentary that makes it point without beating you over the head. Beautifully photographed and wonderfully acted, HELL OR HIGH WATER is one of the best movies of the decade.

7 thoughts on “Hell Or High Water”