Based on “Arms and The Dudes” by Guy Lawson

Small time arms dealer Efraim Diveroli (Jonah Hill) succulently explains the term ‘War Dog’ to his best friend David Packouz (Miles Teller) in such a way that it sounds extremely simple and lucrative to him. Put simply, ‘War Dogs’ make a profit selling ammunition and guns to whoever needs them and never set foot on the battlefield or get anywhere near the fighting, bombing and killing that is associated with war. David is seriously in need of money. His girlfriend Iz (Ana de Armas) is pregnant and he’s making $75 an hour as a masseur. Efraim seems like an opportunity that is way too good to pass up when he offers to make David his partner and show him the business. I’m sure that we’re all familiar with the old saying that if it looks too good to be true then it probably is.

WAR DOGS follows the slap-happy adventures of these two 20-something Jewish guys from Florida who got filthy rich on government military contracts. The key to their success? Efraim lays it out for David; they go after the smaller contracts that the bigger contractors don’t bother to look at. But even the small contracts are worth millions and these deals can all be done online. Efraim and David never even have to leave the office. Before you know it, the boys have matching condos in a luxury high-rise, matching Porsches, more money than they know what to do with and have become so successful they have to hire help and incorporate their business.

As usual in stories such as this, greed begins to take hold and the boys chase after bigger and bigger contracts. They almost get killed running guns in Fallujah (“Hey, we’re gunrunners, bro…let’s go run some guns!”) as things go wrong and it turns out that they do have to get out of the office and out into the field.  Thanks to that job, their reputation blows up and leads to The Afghan Deal and a sketchy partnership with Henry Girard (Bradley Cooper) an Old School arms dealer whose background definitely gives David cause for concern. But The Afghan Deal is too good to turn down. If David and Efraim can pull it off, it’ll put a cool $300 million in their pockets. Where it leads them to is David stuck in Albania, kidnapped by gangsters and threatened with death with Efraim back in Miami, contemplating the best way to cheat David out of his money.

How does it all end up? If you’ve seen movies like “Pain & Gain” “Scarface” (which WAR DOGS references heavily) “Boiler Room” you can guess with no problem at all how it has to eventually go down. In fact, if you’ve seen “Wolf of Wall Street” then this movie will seem very familiar to you. Just substitute guns for stocks. And Jonah Hill gets to be Leonardo DiCaprio in this movie. I swear he must have it into his contract now that there has to be at least one scene where he snorts coke off a hooker’s butt.

Hill clearly walks away with this movie from start to finish. He reminded me a lot of Classic Joe Pesci in many of his scenes in that just like Joe Pesci, Hill can go from being charming to funny to coldly psychotic in three seconds flat. I’ve long had the opinion that Hill is better in dramatic roles than he is in straight comedies. He’s funny in his dramas but the humor he brings to a drama enriches the material rather than being an annoying distraction. He knows how make Efraim Diveroli funny without diluting the dangerous qualities of the character.

Miles Teller is surprisingly good as David Packouz and I’m glad to see he’s continuing to get solid work after that “Fantastic Four” debacle. I think the screenplay bends over backwards to give David a respectable motivation for getting into gunrunning and make him a likeable sucker who just got into something way over his head. Ana de Armas is attractive to look at but unnecessary to the story as the real romance is between Efraim and David. Bradley Cooper pops in and out of the movie in what is a small but pivotal role, especially at the conclusion which ends the movie on just the right tone. 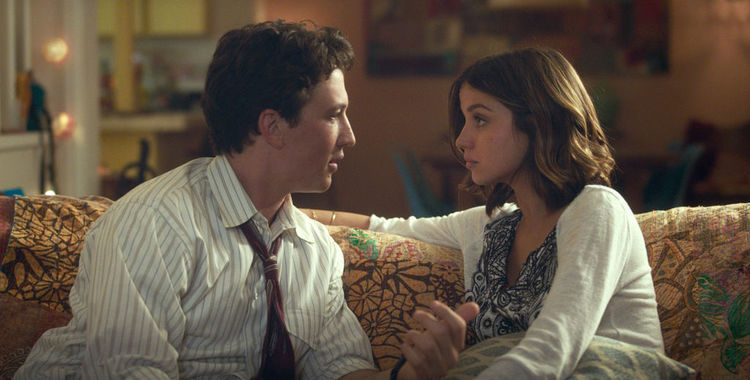 Based on a true story, WAR DOGS really doesn’t do anything new or groundbreaking. It’s a story we’ve seen many times before in film but when it’s done well we don’t mind watching it. I do think that director Todd Phillips could have gotten a little crazier with the story and characters and sometimes it seems as if he’s trying just a little bit too hard to be Martin Scorsese (which isn’t necessarily a bad thing) but his heart is in the right place. WAR DOGS is a movie that knows what it is and what it’s supposed to do and most of the time, that’s good enough for me. See it for the performances and the goofy yet plausible story. It’s a solid and professionally crafted two hours of entertainment I recommend highly.

One thought on “War Dogs”