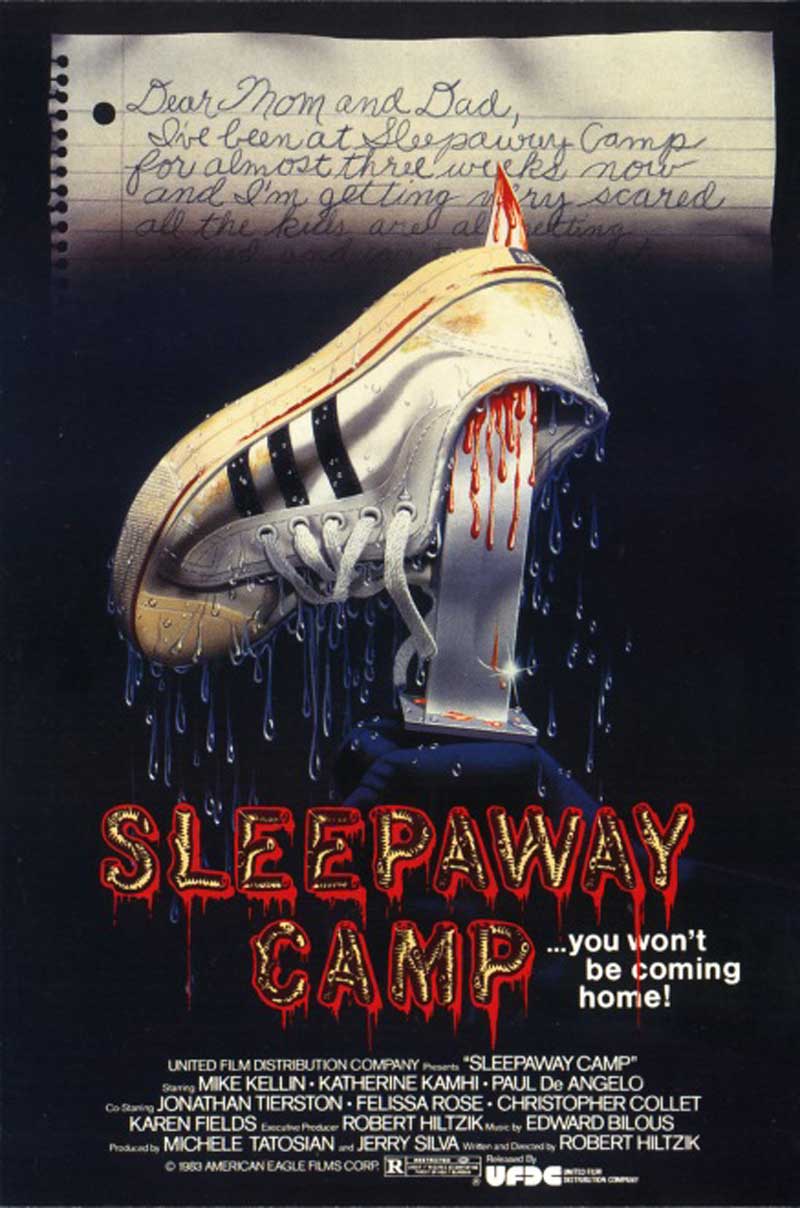 Directed and Written by Robert Hiltzik

In a decade dominated by the slasher genre of horror movies, SLEEPAWAY CAMP managed to stand out back in the 1980s and still is being talked about today. Chances are that if you’ve seen it, you might not remember anything else about the movie (well, you might remember the scene with the curling iron. Talk about owtch) but you’ll remember that ending. And boy howdy, what an ending. It’s been compared to the ending of “Psycho” and I have to agree. I watched SLEEPAWAY CAMP yesterday for the first time in something like twenty years and still found myself having an “oh, shit!” moment when the ending came. But SLEEPAWAY CAMP comes by that ending honestly. There’s some solid storytelling and characterization going on here that elevates the movie. Don’t get me wrong. We’re not talking “Halloween” level or even “Friday The 13th” but SLEEPAWAY CAMP is most definitely more than a few notches above your average slasher slice-n-dice.

After the death of her brother and father in a boating mishap in 1975, the traumatized Angela Baker (Felissa Rose) goes to live with her aunt Dr. Martha Thomas (Desiree Gould) and her son, Ricky (Jonathan Tiersten) for the next eight years. Aunt Martha decides it’s time the kids got out on their own and sends them to Camp Arawak for the summer. It’s obvious that some of Aunt Martha’s fuses have long blown and not been replaced. She gives the children documents stating their physicals and admonishes them not to tell anyone they got them from her. 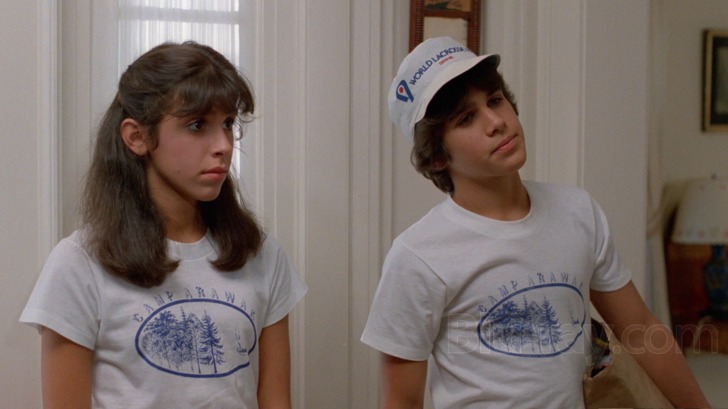 Once they get to the camp Ricky fits in just fine but the painfully introverted Angela has a hard time making friends. She has no trouble making enemies in the form of her roommate Judy (Karen Fields) and camp counselor Meg (Katherine Kamhi) who delight in tormenting the shy girl every chance they get. Ricky’s friend Paul (Christopher Collet) feels sorry for Angela and takes it upon himself to befriend the lonely girl. A friendship that grows into a romance that drives Judy into a jealous fit. And that’s when the murders start. Camp owner Mel Costic (Mike Kellin) starts to notice that anyone who picks on Angela turns up dead. And her cousin Ricky just happens to be nearby just before that person turns up dead. Is Ricky murdering the campers in defense of his cousin? Who else could it be? Who else indeed? (dun dun duuuuuuuuuun) 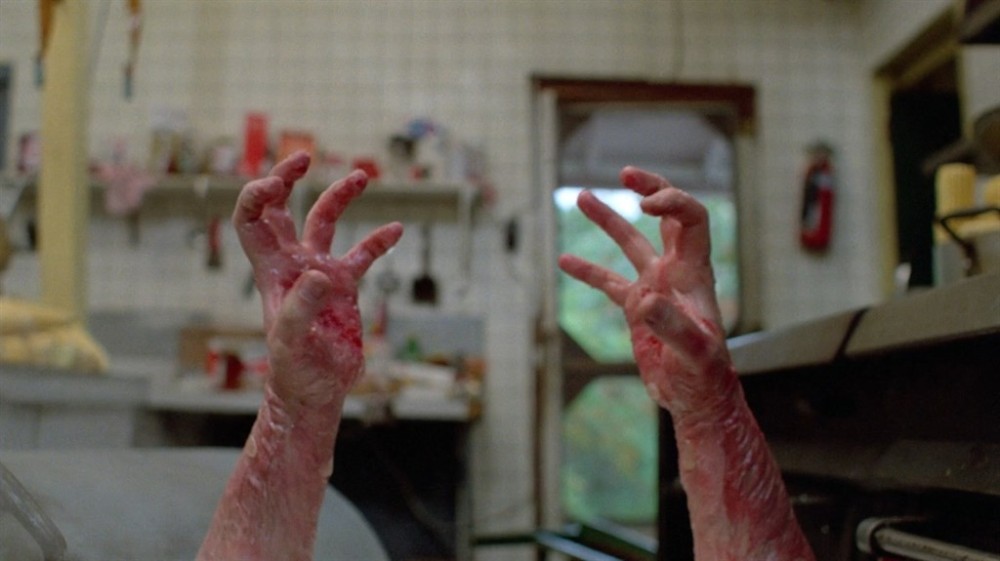 To be fair, there’s not a whole lot of suspects in this one so it’s not going to be hard for you to figure out who the killer is. But it’s not that kind of a movie. It works hard at being just as much of a psychological thriller as a slasher and while it doesn’t succeed entirely, the motivations of the filmmakers are genuine and I give them credit for it.

And this is one slasher movie where you don’t mind seeing the kids get killed because they’re such obnoxious little snots. Real teenage actors were used and they’re all pretty good because they act like teenagers. They’re rude, petty, emotional, raging with hormones, cuss like sailors on liberty and downright mean to each other for no reason at all. So when they get bumped off there’s an almost subversive feeling of glee because hey, these brats had it coming. For a slasher movie, the blood and gore is surprisingly kept to a minimum. But that’s because people get killed off in more unusual ways that just being hacked to bloody bits. 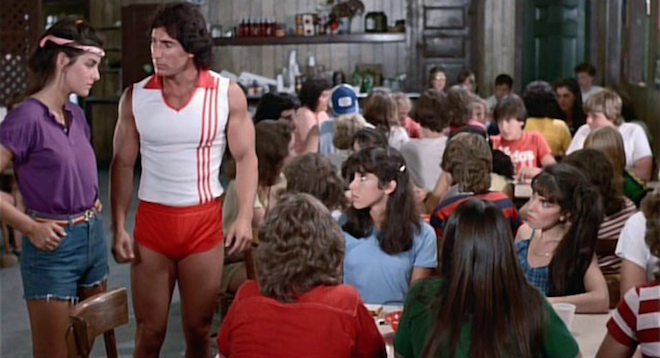 SLEEPAWAY CAMP is one of those 1980s movies that has it’s own vibe, its own peculiar charm that you either will get or you won’t. It’s just that simple. Sure the psychology that explains the killer’s motivation is screwball and some of you will find the homophobia distasteful as it’s strongly implied that Angela and her brother were emotionally/psychologically damaged as a result of their father’s homosexual relationship. But I think that if you can accept the movie as having been made in a less enlightened time (although after having watched the Republican National Convention I wonder how enlightened we can truly claim to be) and look upon it as 90 minutes of disposable popcorn entertainment, you’ll have a good time with it. And you don’t even have to spend a dime. It’s available to watch on YouTube and I’ve provided a link below. Enjoy.