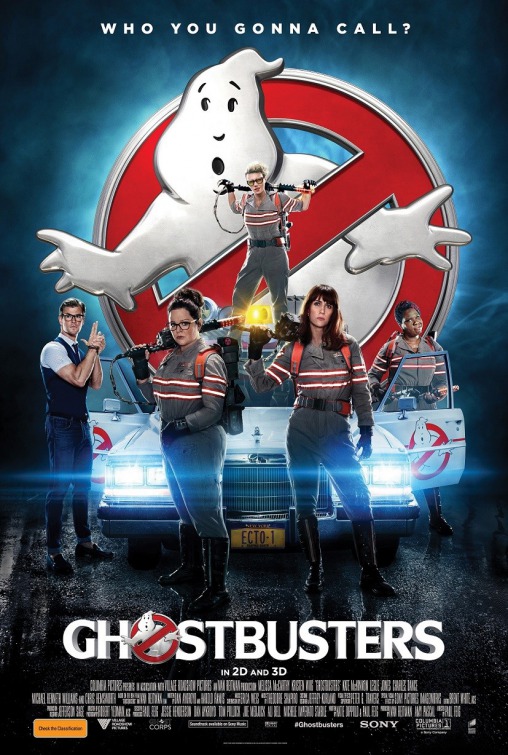 Particle Physicist Dr. Erin Gilbert (Kristen Wiig) once completely believed in the supernatural and the paranormal due to her having experienced a haunting as a child. But now as an adult, a teacher at Columbia University and anxiously awaiting word on her tenure she’s more concerned with her standing and reputation in academia.

Which explains her hysteria when she learns that a book she co-wrote years ago with her then best friend Dr. Abby Yates (Melissa McCarthy) has resurfaced and is being sold on Amazon. The book threatens her tenure so she goes to visit Abby and persuade her to take the book down. Abby is still researching the paranormal along with her partner, brilliant engineer Dr. Jillian Holtzmann (Kate McKinnon) who has the IQ of a Time Lord and the eccentricity to match. Abby agrees to take the book down if Erin will assist her on an investigation. The investigation fires up Erin’s belief in the supernatural again and gets the three of them fired from their teaching positions.

However this just gives them the excuse to open up shop as “The Department of Metaphysical Examination” (don’t worry, that name doesn’t last very long) above a dilapidated Chinese restaurant along with dim-witted himbo Kevin Beckman (Chris Hemsworth) as their secretary/receptionist/Man Friday. While the three scientists get to work building equipment to study and capture ghosts, MTA worker Patty Tolan (Leslie Jones) has some pretty frightening encounters with subway ghosts herself which lead to her contacting the three scientists and after discovering she enjoys the excitement and camaraderie, joins the team. She brings with her not only an encyclopedic knowledge and history of New York but transportation for the team, a hearse that Holtzmann lickedy-split pimps out into a custom ride to tote their equipment they dub “Ecto-1” and The Ghostbusters are born.

And just in time because occultist Rowan North (Neil Casey) is planting devices all over Manhattan. Arcane devices that stimulate the mystic energies of ley lines that intersect at a key point, The Mercado Hotel in Times Square, itself a building with a grisly and horrendous history of paranormal activity. North’s purpose? Nothing less than to bring about The Apocalypse and rule a world of ghosts. Time to fire up those proton packs and save the world, ladies.

Let’s get one thing out of the way: it’s a waste of time arguing if the 2016 GHOSTBUSTERS is better movie or even equal to 1984’s “Ghostbusters.” It’s like arguing about who the best James Bond is. It’s not fair to any of the other guys to compare them to Sean Connery because his performance is so iconic that there’s no way you can honestly and fairly put him up against anybody that followed him because they just can’t win. No way. (And watch how much feedback I get on this from the fans of George Lazenby, Roger Moore, Timothy Dalton, Pierce Brosnan and Daniel Craig.) Same thing with these two movies. The 1984 “Ghostbusters” is such a landmark that it has rightfully become a classic. It’s a damn near perfect movie in terms of balancing humor with horror, acting and story with imaginative verbal and visual jokes that are still gut-bustlingly hilarious today.

But here’s the thing; 2016’s GHOSTBUSTERS doesn’t even try to go toe-to-toe with the earlier movie. We have the basic set-up and the familiar props such as the proton packs (along with new weapons based on the same technology). Ecto-1, the Ghostbusters logo and callbacks to the earlier movie such as the cold open where an innocent bystander just happens to encounter a malevolent spirit. And The Ghostbusters having their first major victory in capturing a ghost in a public place where everybody can see that ghosts are indeed real. So there’s an awful lot that’s familiar here. But everything else is brand new as far as the characters and the story is concerned and that was the best move the director and writers could have taken with the movie. These characters aren’t copies of the originals and we don’t get a rehash of a story we’ve seen before. 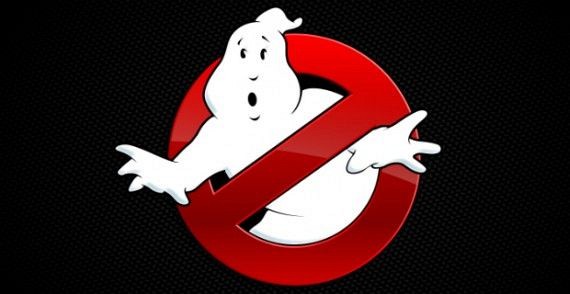 I’ve got no problem with the acting. Kristen Wiig doesn’t know how to be anything but funny and she and Melissa McCarthy are a delight to watch work together. They have a number of scenes where they engage in humorous back-and-forth double-talk that I’m half-convinced they improvised. And I’m always happy when Melissa McCarthy doesn’t take the lazy way out and fall back on being The Funny Fat Girl as she’s way too funny for that to be her default comedy mode. Leslie Jones is more manic than her co-stars but that’s okay because we love it when Leslie Jones is manic and gets some of the movie’s biggest laughs as a result. Chris Hemsworth is nothing less than hilarious playing a big, dumb, good-looking hunk and you can tell he had a lot of fun in this movie.

But it’s easily Kate McKinnon that walks off with the MVP award for this movie. She effortlessly steals every scene she’s in. Like I said earlier, Holtzmann must have the IQ of a Time Lord since she comes up with the wildest and coolest gizmos, gadgets and weapons with no trouble at all. Nothing The Ghostbusters encounter phases her, freaks her out or surprises. She, however, takes a manic delight in freaking everybody else out. Holtzmann is, more than any of the other characters cut out for this life. She’d be right at home with Buckaroo Banzai’s Hong Kong Cavaliers, she’s just that cool.

So should you see GHOSTBUSTERS? Absolutely. It’s not a remake at all. Re-Imagining is the best way to describe it and it’s done with respect and admiration for the original. It loves the original so much that it doesn’t try to be that movie and instead works hard at being it’s own movie and it succeeds. GHOSTBUSTERS provided me with a welcome two hours of fun that I thoroughly enjoyed. 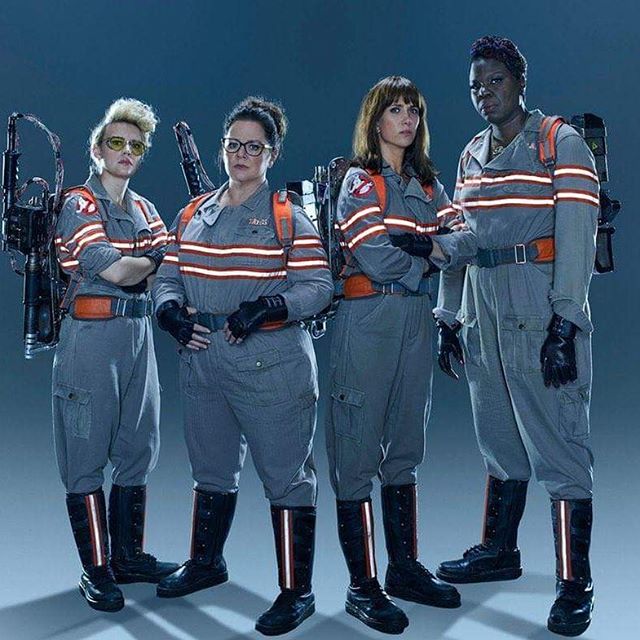