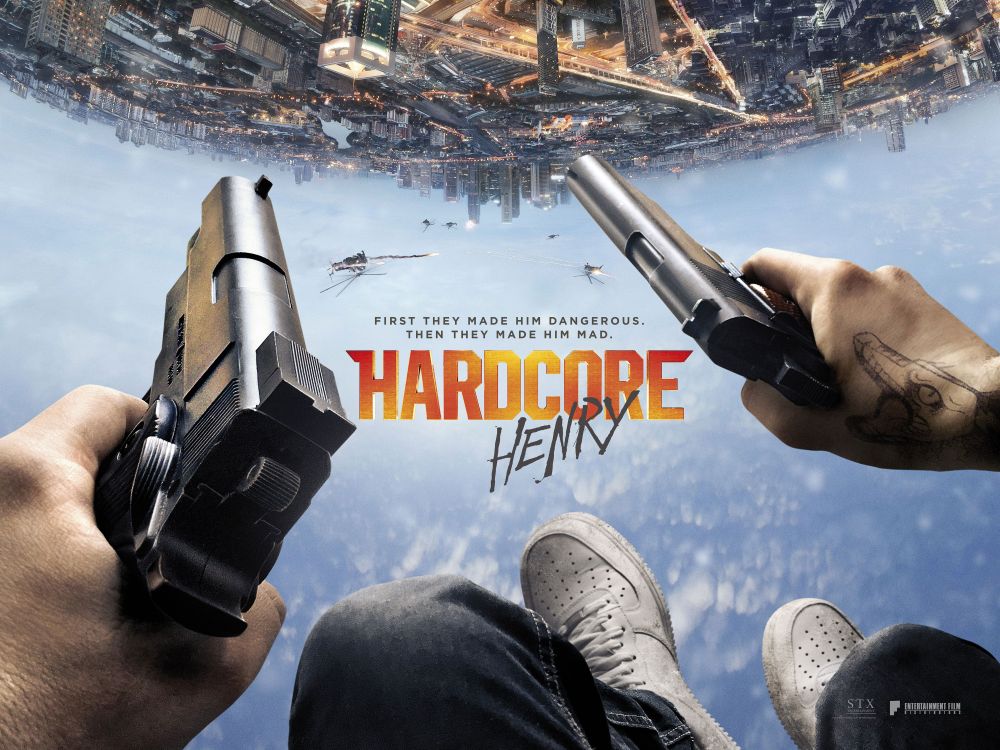 Written and Directed by Ilya Naishuller

The concept of telling a movie’s story from the perspective of the protagonist isn’t exactly as new or as revolutionary as HARDCORE HENRY would have you believe. You go back to 1947 and you’ll find one of my favorite movies to use this gimmick; the film noir classic “The Lady In The Lake” starring and directed by Robert Montgomery who plays Raymond Chandler’s iconic private eye Philip Marlowe. We see Montgomery at the beginning of the movie where he explains the gimmick. With just a few exceptions, such as when Marlowe looks in a mirror, the entire movie is told from the viewpoint of Philip Marlowe. In essence, the audience is playing Philip Marlowe.

The technique is handled cleverly in “The Lady In The Lake” because there’s an actual story being told there with characters we care about and a mystery to be solved. In fact, watch it long enough and you’ll forget the gimmick. That never once happened to me while watching HARDCORE HENRY. The movie relentlessly and unmercifully goes out of its way to bash you over the head with the gimmick from start to finish. The result is that for 96 minutes what you’re doing is watching a first-person shooter video game. And as anybody can tell you, there are two activities that are usually more fun to do than to watch: sex and playing video games.

Henry (You) wakes up in laboratory with his memory gone and missing his left arm and left leg. A cyberneticist named Estelle (Haley Bennett) claims to be Henry’s wife and outfits him with bionic limbs. She informs him that due to a horrible accident, much of his body has been replaced with bionics, granting him superhuman strength, stamina and agility. Before she can explain much more (that happens a lot in this movie) the lab is attacked by a group of mercenaries. They’re led by the psychotic Akan (Danila Kozlovsky) who demonstrates fearsome telekinetic abilities that Henry’s bionics are no match for. 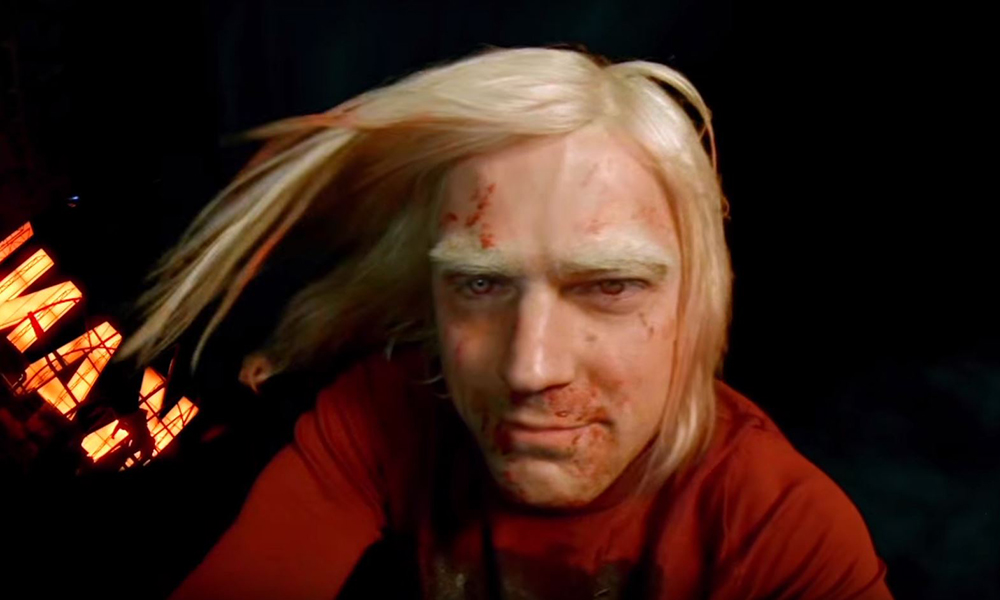 Henry and Estelle escape the lab which is on a gigantic airship by escape pod but are ambushed by Akan and his men and Estelle is taken. Henry is rescued by Jimmy (Sharlto Copley) who plainly knows more than he is telling but before he can tell Henry, he’s killed. But don’t worry. Jimmy shows up repeatedly in the movie. Every time he’s killed, another Jimmy shows up. His function in the movie is to more or less get Henry to the next level of the game with hints, clues, and information. Henry makes his way through various levels such as a hi-tech whorehouse, a foot chase through Moscow, and an abandoned hotel before reaching the final level: Akon’s skyscraper where he has to fight his way to the top through an army of cyborg super-soldiers. And naturally he has to fight the final boss, Akon himself. Let me just say that I fully realize that I’m not the audience for this kind of movie. The action sequences are all done in shaky-cam which is a technique I despise thoroughly. I’ve seen maybe three of four movies where it used effectively and this ain’t one of ‘em. I think it’s a lazy way to make a movie and I don’t go for that excuse that it’s a way for the director to make the audience feel like they’re part of the action. If I want to feel like I’m part of the action I’ll show up at a Klan cookout with a couple of white women on my arm. I’m paying my money to see the action up on the screen, thank you very much. I consider it a waste of my time and money to get action sequences that consist of the camera wildly whipping around and everything is a blur.

I will say this: if you’re looking for violence then this is definitely the movie for you. I’ve rarely seen a movie with this much profanity, blood and carnage. The violence is incredibly nasty, brutal and downright pornographic. And mind you, I enjoy profanity, violence, and carnage as much as any of you. I just prefer that it have a reason to be happening, is all.

The acting (haw!) in this is nothing to cheer about. It continually baffles me how Sharlto Copley showed so much promise, character and charisma in “District 9” and “The A-Team” has never demonstrated it since in anything he’s done. He works his moneymaker off trying to give his Jimmy character some coherent reason to keep the movie’s plot together but he’s sabotaged by the fact that HARDCORE HENRY is built around a gimmick that goes on for far too long. HARDCORE HENRY plays as if a 15 year old first-person shooter enthusiast was given ten million dollars and told to go make a movie. It gets my vote for worst movie of 2015. And remember, I’ve seen “Deadpool” and “Batman V Superman: Dawn of Justice.” Go see at your own risk.