Based on “Fantastic Four” by Stan Lee and Jack Kirby

I blame whoever hired him based on Trank’s previous movie; “Chronicle” which received rave reviews from critics and audiences. I myself am not a fan of the movie. It’s one of the darkest, most depressing and downright miserable superhero movies ever made. I’ve seen it exactly twice and have no desire to see it again as it’s simply too mean-spirited for me. It was made by a director who plainly does not believe in heroism or superheroes.  A director who fully embraces the hyper-violent, misogynist, racist and downright cruel world-view of mainstream comic books today and their fans who continually demand that their comics and their heroes be even darker, more destructive, more uncaring and more violent.

So Trank delivered the sort of movie that he only knows how to make. And I think it was way too soon in his career to entrust him with such a property, especially since the concept of The Fantastic Four is the exact opposite of Trank’s “Chronicle”. The Fantastic Four is about a family of scientific adventurers who gain superpowers by accident and decide to use those powers to help mankind and expand the knowledge and boundaries of The Marvel Universe by going on adventures that are…well, Fantastic. Trank needed a few more years to build up the directorial muscles needed to carry a movie like this and he needed a more positive world view which this movie definitely did not have. But we’ll get to that in a minute. First, let’s get the obligatory plot summary out of the way:

Teenage supergenius Reed Richards (Miles Teller) is invited to come study and live in The Baxter Building, a research institute for prodigies. Reed has been working on teleporting living matter ever since he was in grammar school, aided by his best friend Ben Grimm (Jamie Bell). The institute’s director, Dr. Franklin Storm (Reg E. Cathey) believes that Reed can help with the institute’s Quantum Gate project and allow them to cross dimensional barriers and explore alternate universes. Reed eagerly accepts and becomes friends with Dr. Storm’s charismatic and brilliant children; Sue (Kate Mara) and Johnny (Michael B. Jordan) Dr. Storm reaches out to his estranged protégé, Victor Von Doom (Toby Kebbell) who designed the Quantum Gate and persuades him to return to the project.

The team gets the gate to work but is dismayed when the institute’s supervisor/government liaison Dr. Allen (Tim Blake Nelson) informs them that the project is now to be turned over to the military. Reed, Victor and Johnny decide to beat them to it and in the movie’s biggest WTF moment, Reed calls up Ben and invites him to come along for the ride as if they’re going to hop in his ’57 Chevy and go on down to Atlantic City for the weekend.

The experiment seems to go well at first as the four materialize on “Planet Zero” and discover it is a world containing some form of living energy. Things quickly go from sugar to shit as Victor falls into a chasm and has to be left behind. Reed, Johnny and Ben barely return safely but the transport machine explodes, irradiating their cells with the Planet Zero energy. Sue gets irradiated also as she was in the control room when they return. The effects of the radiation give them superpowers beyond their wildest dreams. Reed’s muscular/skeletal system is now elastic. Sue can become invisible and generate impenetrable force fields of energy. Johnny can transform into fire and fly. Ben is encased in a rocky hide that gives him super-strength and indestructability.

Now, this is the part where the movie is supposed to take off and soar. But it doesn’t. FANTASTIC FOUR actually goes wildly off the rails once our main characters gain their powers. For the first hour of the movie it’s actually a quite watchable, engaging sci-fi character study about a group of gifted people attempting to do something nobody else has done and I strongly get the feeling that this is indeed the movie Josh Trank wanted to make.

But once the superpowers come into play the plot holes appear, so big you could drop a Fantasticar into them. It’s as if Trank suddenly realizes that holy shit, this is a superhero movie so he’s got to have fights and explosions and he’s got to hurry up and provide them because the damn movie is only a 100 minutes long.  Victor Von Doom is brought back to Earth just in time to provide the obligatory menace to Earth and to wrap up the story in a most unsatisfying manner that leaves you sitting there wondering just what the hell happened. 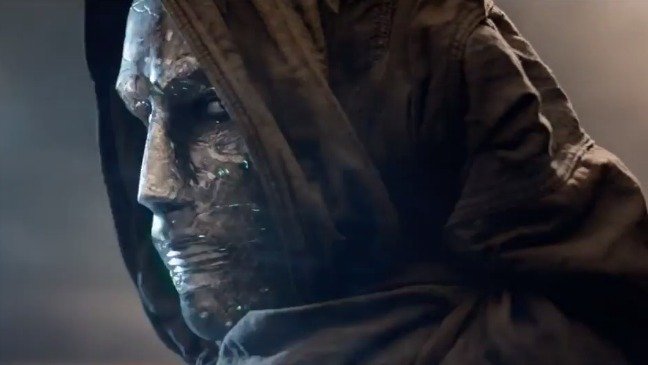 And what is done to Ben Grimm once he’s transformed into The Thing and is conscripted into government service is utterly and totally reprehensible. Given the tone and atmosphere of the movie, I understand why his character was skewed in that direction but that don’t mean I gotta like it. I do like how it sets up a scene later on in the movie where Reed and Ben have a heart-to-heart about what has happened to Ben. It’s the most emotional scene in the movie for me and perfectly captures the anguish of Ben’s plight and we feel why Ben hates Reed.

I gotta say that in some cases the performances were about what I expected. While I like Kate Mara and appreciate the fact that she’s a competent, professional actress, she never really seems to stretch herself. Can you name a Kate Mara performance that stands out in your memory? She stays on one even note for the entire movie. She picks a lane and stays in it from start to finish. 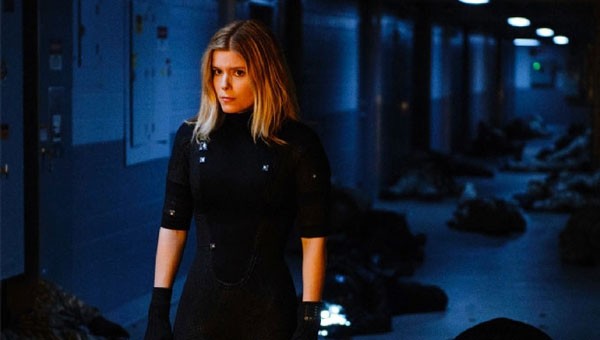 But Miles Teller is even more disappointing. He’s more Peter Parker than Reed Richards. Nobody is ever gonna call this cat “Mr. Fantastic” and mean it. Michael B. Jordan plays Johnny Storm as a thrill-seeking adrenaline junkie who is clearly the only one happy to have superpowers and he manages to infuse the movie with some light moments that provide a laugh or two. Amazingly enough, most of his funnier scenes are with Toby Kebbell, who’s supposed to be the bad guy. We get scenes where Johnny and Victor are kidding and snapping on each other with dialog that should be between Johnny and Ben.

And the last five minutes of the movie…y’know how much I hate using the term ‘rip-off’ but there’s no way around it. It plays as if some Suit at Fox saw the ending of “Avengers: Age of Ultron” and hurriedly demanded an ending for FANTASTIC FOUR that plays exactly like it. Because that’s what we get.

So has everything you’ve heard about FANTASTIC FOUR true? Well, yes and no. Is it a bad movie? Absolutely. But it’s not a worthless one and it was made by and stars people who cared about what they were doing. They just didn’t have any idea of what the material they were working with was about. I felt a sincerity from the movie and I don’t get the sense that Trank, his crew and his actors consciously set out to make a bad movie. But they did make one that has no sense of wonder, no excitement, no heart, very little overall entertainment value and worse of all, no fun. And that’s just as bad.