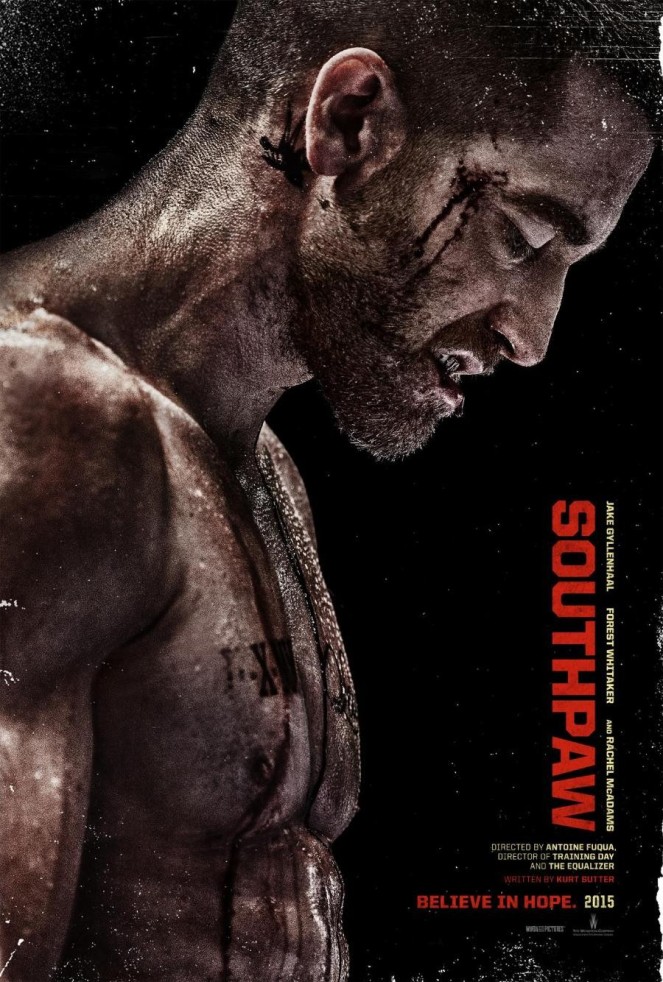 Previous to seeing SOUTHPAW for myself I got slightly involved in a Facebook conversation about the movie. A poster said that while he liked the movie he thought it was far too cliché. See, I dunno about that. Presumably one goes to see a boxing movie (or western or science fiction movie) with certain expectations that one is going to see elements unique to that genre. Is it cliché to have horses and six shooters in a western? No. You go see a western and you’re waiting for that stuff. It’s part of the fun of seeing a genre movie. SOUTHPAW is about the rise and fall of a boxer who suffers an emotionally crippling personal loss and it destroys his whole world. He then has to walk the long hard road of redemption to recover what he’s lost

Is this new or daring or innovative? Absolutely not. I bet that you can name at least a dozen boxing movies with that very same plot. Hell, Warner Brothers used to crank ‘em out by the truckload back in the 1930s and 40s. But as so often occurs in movies of this type, it’s the execution we pay attention to and look for. And how well is SOUTHPAW executed?

Pretty damn well, actually. Jake Gyllenhaal is Billy Hope, Light Heavyweight Champion of The World. Life is very sweet for Billy. He’s got a beautiful wife (Rachel McAdams) a brainy daughter (Oona Laurence) and owns a mansion and a yacht. His wife Maureen persuades him to quit while he’s still at the top. She’s worried that Billy’s highly unusual style of boxing is going to brain damage him. And it’s one hell of a style that consists of Billy letting his opponents pound him into hamburger before he decides to uncork and put them out with one punch. And it could just be me (and it usually is) but I got the distinct impression that Billy didn’t have all 52 cards in his deck even before he became a boxer. 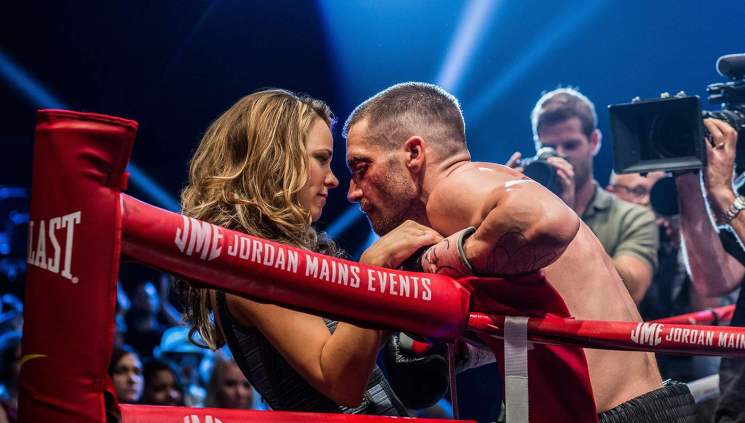 Then comes the devastating personal loss that sends Billy right off the rails. He turns to drink and drugs. He becomes unstable and downright dangerous in the ring. His license is suspended and to pay off debts he is forced to sell everything he owns. His daughter is taken from him and put in the care of Child Protective Services officer Angela Rivera (Naomie Harris).

So there we have the fall. The rise comes in the form of Titus “Tick” Willis (Forest Whitaker) an ex-boxer himself who now runs a gym where he trains disadvantaged ghetto kids in the sweet science. Tick trained the only boxer who ever beat Billy and now Billy wants Tick to train him. And so begins the road to redemption. 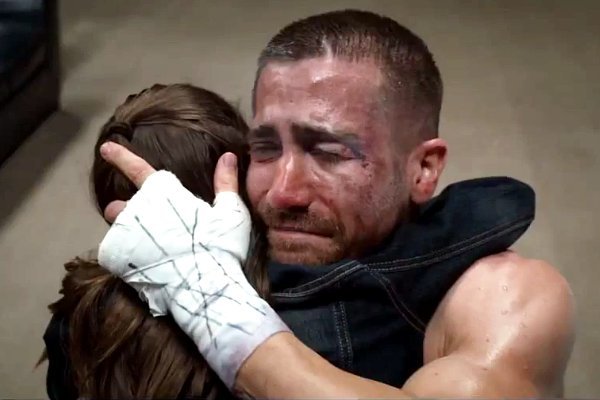 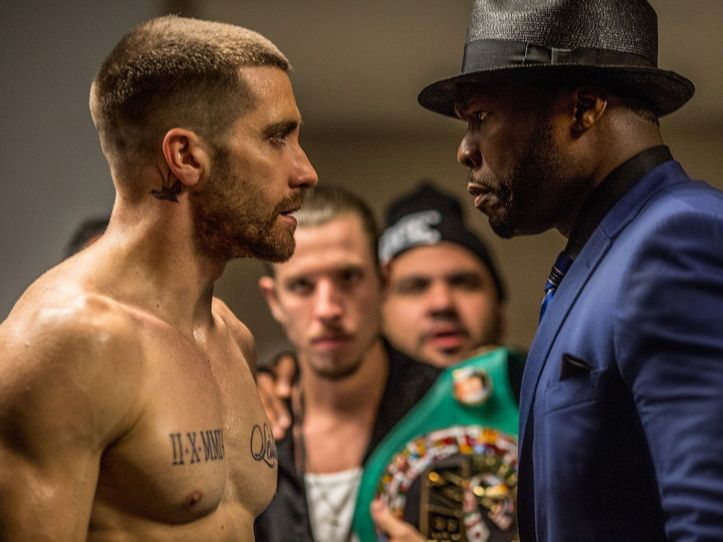 I admire Jake Gyllenhaal a lot as an actor. He doesn’t believe in repeating himself and he’s got one of the most eclectic filmography of any modern day actor. He bulked up impressively for his role as Billy Hope and even though he mumbles most of his lines, I understood why he was doing that and just went with it. His supporting cast isn’t much help except for Forest Whitaker. At least with him, Jake Gyllenhaal has somebody to play with. The roles Rachel McAdams and Naomie Harris are little more than extended cameos. And if the person who insists on keeping on telling Curtis “50 Cent” Jackson that he can act is somehow reading this then would you please stop telling him that?

Antoine Fuqua has long been one of my favorite directors and his filmography is just as eclectic as Gyllenhaal’s. And he’s probably the most underrated director working in Hollywood today. He can do major action stuff like “Olympus Has Fallen” and “Shooter” gritty urban cop thrillers like “Brooklyn’s Finest” and “Training Day” And now with SOUTHPAW he can add both a boxing film and family drama to his resume. How does he direct boxing matches? Well, the fights in SOUTHPAW are pretty much the same you see in most boxing movies from Hollywood. Guys punch each other so hard it sounds like sides of beef being whacked with baseball bats and you figure that their knuckles have to be exploding. If guys in real life boxing matches fought like boxers in the movies, somebody would be dead by the third round. But just go with it because it’s the emotional payoff that counts and SOUTHPAW delivers. It won’t be revered as a classic of the genre in years to come but it’s a well-made film. One full of sincerity and heart. It’s got love, pain, guts and at the end, a man stepping into the ring to prove to himself that he has pride and purpose on this planet and for a boxing movie, that’s just about all you need.