Watching movies recommended to you by your friends is always a tricky proposition, isn’t it? Mainly because people are so passionate about their movies that if they recommend one to you and you don’t like it they are truly and honestly upset about it. It’s almost as if by saying you don’t like their choice of movies, you’re rejecting them.

Of course, if you’re as open-minded as me, you pretty much roll with it and just sit back and determine to be completely and totally objective about a recommendation. Even when it’s a romantic comedy, not my favorite movie genre, I assure you. But LOVE, SEX & EATING THE BONES got my attention for three reasons: first, it’s a romantic comedy with a primarily black cast. Second, it’s set in Toronto and I was highly curious to see if the movie would provide me with insight into African-Canadian culture. And third, it stars Hill Harper, an exceptional actor who I’ve seen in movies for years and years now and never seems to have hit upon that one breakout movie that will make him a star. This is truly a shame because I’ve never seen him in a movie where I didn’t enjoy his performance and I greatly enjoyed his performance in this movie as well. 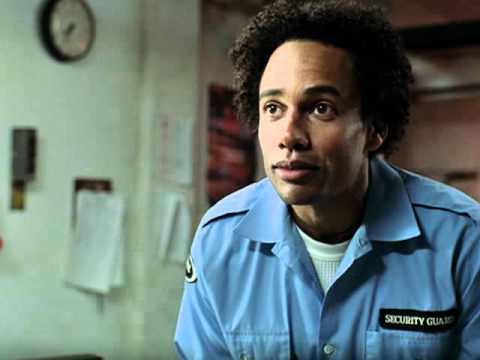 Michael Joseph (Hill Harper) is an aspiring photographer making ends meet by working as a security guard in a parking garage. It’s not a bad job. The work isn’t demanding and he mainly hangs out with his co-workers/best buds Sweets (Mark Taylor) and Kennedy (Ed Robertson of Barenaked Ladies) Since his job is so undemanding he’s got plenty of time for his two true passions in life: his photography and his pornography. 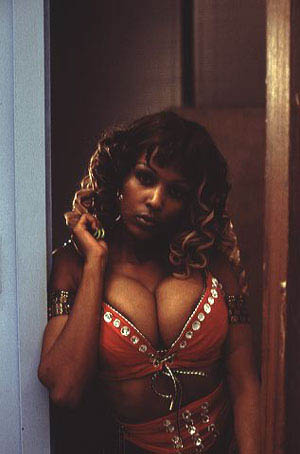 The movie even takes a soft turn into psychodrama as when Michael mind starts to mix up his fantasy woman and his real woman. And I think it was an inspired move on the part of writer/director Suzd Sutherland to have this rich golden glow emanate from Michael’s portfolio of pictures whenever somebody opens it up to look at his work instead of showing actual photographs. It’s the best way to visualize Michael’s work as being magical. There’s a really lovely scene where Jasmine looks in the portfolio for the first time and as the golden glow plays over her face and she smiles we can tell exactly what she’s feeling.

Hill Harper and Marlyne Afflack share the acting honors in this one. They have a genuine rapport and charm with each other that is so unforced and so natural I got caught up in the story before I knew it. The rest of the cast does exactly what the supporting cast in a romantic comedy is supposed to do: they circle the leads and comment on the action, offering advice that isn’t needed or wanted but provide us with a lot of laughs.

LOVE, SEX & EATING THE BONES most certainly isn’t your conventional, paint-by-the-numbers American made romantic comedy and its refusal to be conventional is 50% of its appeal. The other 50% is the setting and the strong performances of the talented cast. Highly Recommended.