You know how I’m always BMWing about how most Science Fiction Movies made in recent years really aren’t Science Fiction Movies? That they’re actually Action or Horror movies in disguise and that the Science Fiction elements are just there to provide an excuse for bigger guns and bigger explosions? Well, you won’t make that mistake with INTERSTELLAR. From start to finish this is a Science Fiction Movie that isn’t interested in trying to give movie goers a rollercoaster ride. And for those movie fans who constant mantra is “When I go see a movie I just want to turn off my brain” you need to maybe go see “Big Hero 6” then. INTERSTELLAR is a movie made to engage the intellect and make you think. If you turn off your brain when you see this movie then you’ve wasted your money. Now, that’s not to say it’s all that good either but nobody can say that Nolan and his crew didn’t go all out to try and give us a “2001: A Space Odyssey” for this generation.

Sometime in the near future the Earth has apparently become one big dust bowl. Corn seems to be the only thing that will grow (one nice visual gag has a family sitting down to eat a meal where the half dozen dishes are all made from corn) and soon Earth will be unable to feed humans at all. Cooper (Matthew McConaughey) is a former NASA pilot/engineer who is now a farmer. He hates farming but Earth needs farmers more than it needs pilots. That is until Cooper finds a secret NASA installation led by an old mentor of his, Professor Brand (Michael Caine) Brand tells Cooper that they’ve discovered a wormhole orbiting Saturn. NASA’s scientists believe that extra-dimensional aliens have deliberately placed the wormhole there for them to find new worlds that humanity can live on (then wouldn’t it make sense to have placed the wormhole closer?) and they need Cooper to pilot an experimental spacecraft through the wormhole. On the other side are potentially habitable planets that are being surveyed by members of The Lazarus Mission. It will be the duty of Cooper and his team to confirm the viability of those planets. 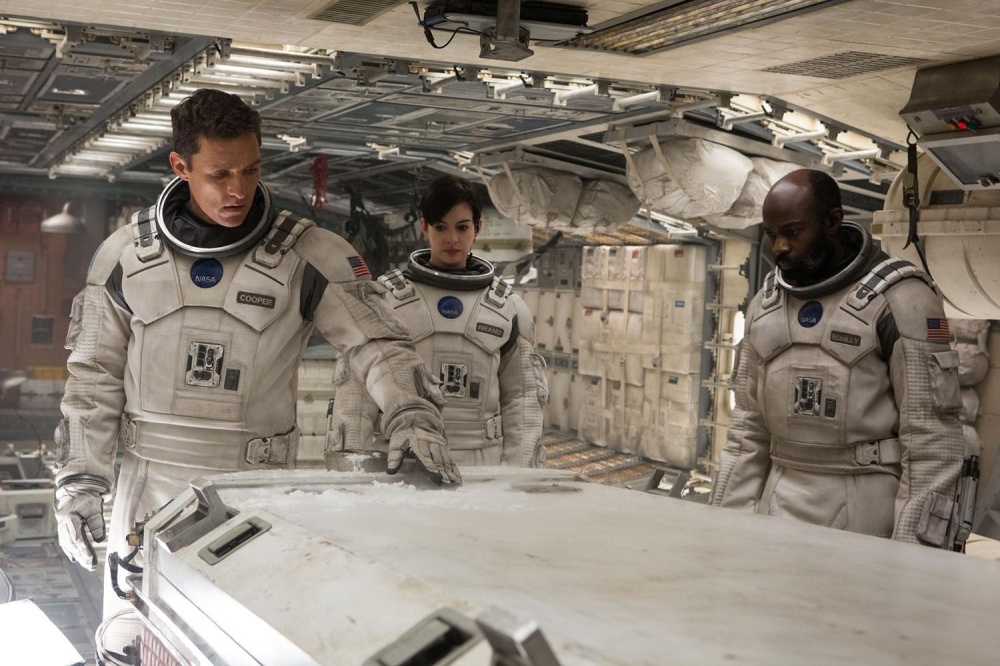 This news doesn’t sit well with Cooper’s daughter Murphy (Mackenzie Foy) as time will move differently for the explorers than it will on Earth. But Cooper has his duty and so he leaves Earth with his intrepid team. Professor Brand’s daughter Amelia (Anne Hathaway), a respected scientist in her own right. Physicist Dr. Romilly (David Gyasi) geographer Doyle (Wes Bentley) and the multi-purpose artificially intelligent robots TARS (voiced by Bill Irwin) and CASE (voiced by Josh Stewart) Their quest will take them to a strange new galaxy with worlds both weird and wonderful. But just as much as there is to marvel at, there is also death and despair. The quest to save humanity will not be an easy one and there must be sacrifices to insure that future.

INTERSTELLLAR is not going to be a movie for everybody. It doesn’t have fistfights every few minutes or spaceship chases/battles. The conflicts here are mostly cerebral and fought between intellect vs. emotion. That will cause some to perceive INTERSTELLAR as slow moving and I have to admit I was one of them. This also isn’t a movie that’s going to take the time to explain everything to you. You’ll just have to take a lot of the science on faith and that’s okay by me. As long as the characters sound like they know what they’re talking about, that’s good enough for me.

But INTERSTELLAR is not all about the hard science and grandeur of space. The heart of the story is the relationship between Cooper and Murphy and how it binds them despite the gulf of space and time separating them. And the acting of Matthew McConaughey and Mackenzie Foy convinced me of the depth of their relationship. Once Jessica Chastain takes over as an older Murphy there’s more intensity to the character but I think I preferred Mackenzie Foy’s characterization. Anne Hathaway and John Lithgow along with two actors that really surprised me when they popped up (Topher Grace and Casey Affleck) provide their usual solid work in supporting roles.

What didn’t I like about the movie? Despite the fact that the Earth is dying, nobody seems to really be all that upset about it. Matter of fact, everybody seems to have accepted it really well. And we’re really not shown much of a disaster outside of a few dust storms. Despite all the family drama going on, the movie never engaged me on an emotional level. It’s a visual feast, especially if you see it in IMAX as I did but emotionally I just couldn’t get invested in the characters and the often dull dialog they had to work with. The third act just didn’t feel right to me as there were just too many things happening that seemed pulled out of a hat and for a movie that up until then had prided itself on its hard science it suddenly took a left turn into the kind of time travelling jiggery-pokery “Star Trek: Voyager” used to resolve it’s stories. But it’s ambitious and I always respect a filmmaker who goes out on a limb to do something different and give us a personal vision. It’s not my favorite Nolan movie (that honor goes to “Inception” which for me so far is his best movie) but it is worth seeing just on the basis of its spectacle and grandiose desire to be a movie with more of a purpose than just selling popcorn. 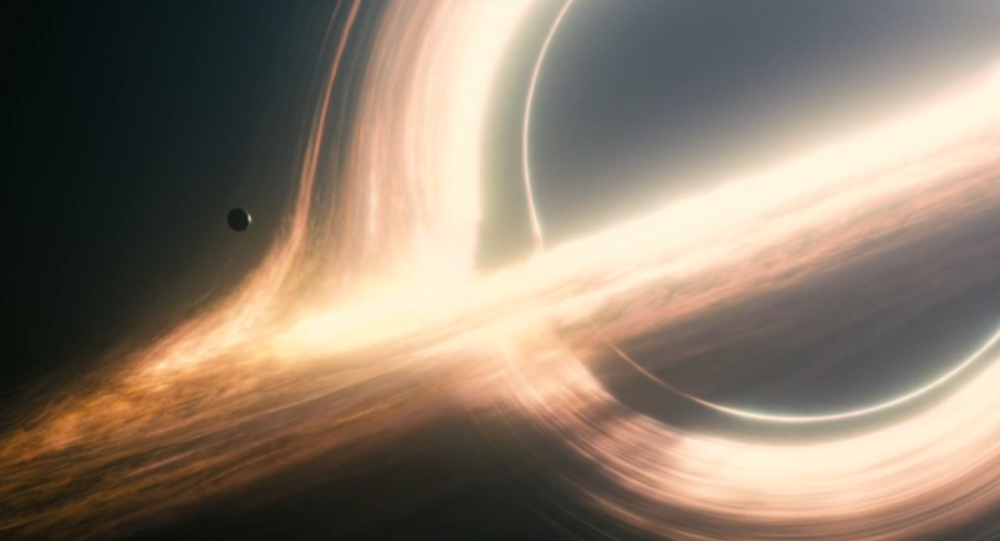 One thought on “Interstellar”