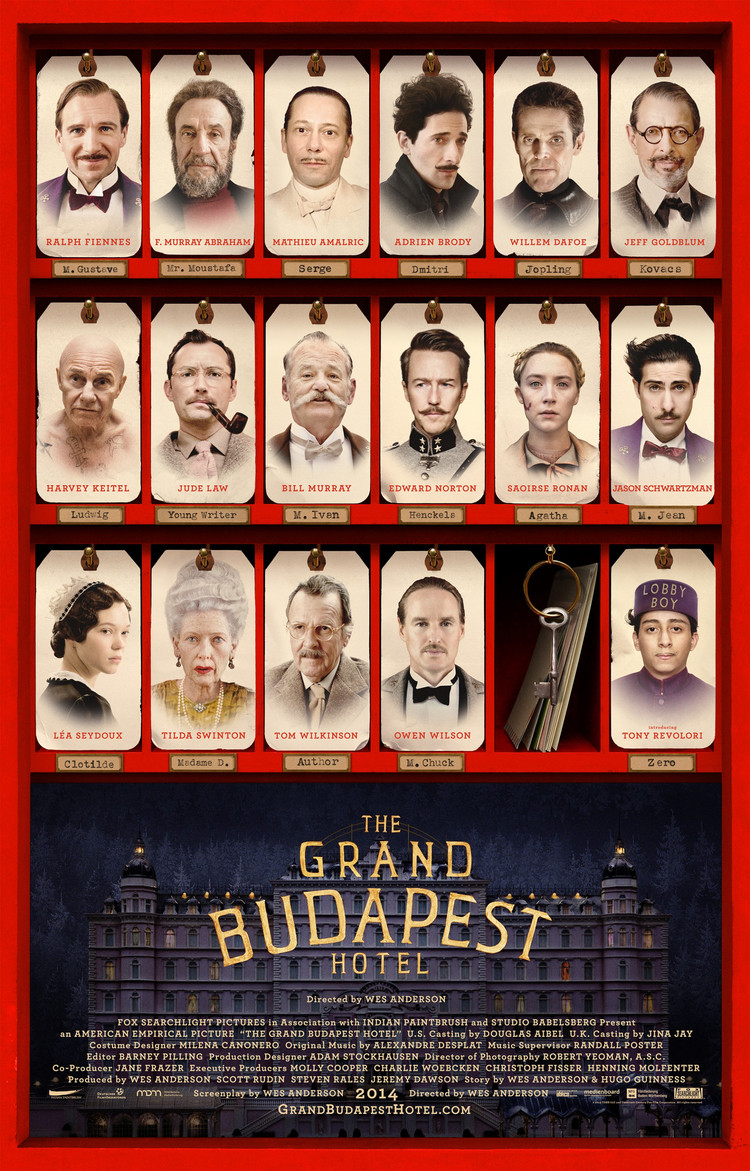 Directed by and Screenplay by Wes Anderson

One of the main characters in THE GRAND BUDAPEST HOTEL works in Mendl’s, a bakery that is renowned throughout the fictional European alpine country of Zubrowka. The confections that come out of Mendl’s are famous for not only tasting as if the angels themselves had baked them but they are also glorious works of art for the eye as well as for the tongue that one can spend hours just looking at, debating whether or not it’s too beautiful to be eaten. 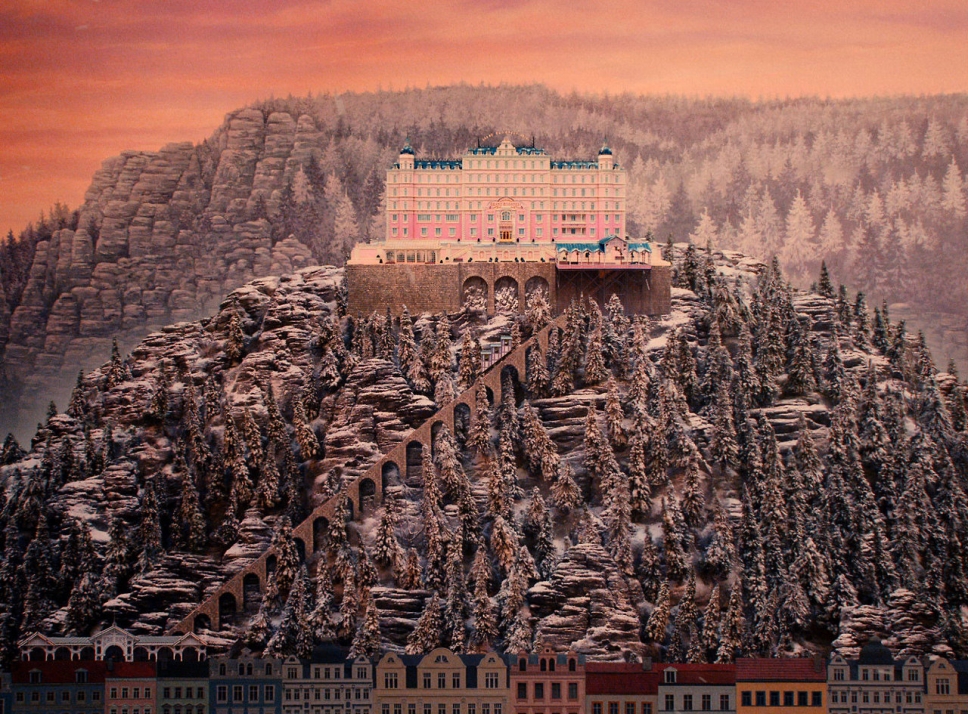 The story of THE GRAND BUDAPEST HOTEL is told in a flashback of a flashback and while that might sound confusing, it isn’t, trust me. We meet a Young Writer (Jude Law) in 1968 staying at the almost empty Grand Budapest Hotel. This once elegant establishment is slowly and stubbornly decaying beautifully. The Young Writer makes the acquaintance the hotel’s owner, Mr. Zero Moustafa (F. Murray Abraham) who takes a liking to the Young Writer and over a long dinner tells him the story of how Mr. Moustafa came to own The Grand Budapest Hotel.

We now go to the 1930’s where Mr. Moustafa worked as a lobby boy at the hotel. Zero (Tony Revolori) is taken under the wing of the hotel’s concierge, M. Gustave (Ralph Fiennes) who acts like a benevolent monarch to the staff and an extraordinarily capable servant to the guests. Especially the ladies. And most especially the ones who are old and rich. M. Gustave reserves very special services for them (and a few men as well, it’s implied)

The plot (such as it is) gets going when one of M. Gustave’s conquests, Madame D. (Tilda Swinton) dies under mysterious circumstances. In her will she has left M. Gustave a priceless Renaissance Painting. Gustave’s claim on the painting is put in jeopardy by accusations from Madame D.’s son Dmitri (Adrian Brody) that Gustave himself murdered Madame D. Gustave takes the painting and goes on the run with the faithful Zero by his side, determined to clear himself and restore his good name.

And that’s really all you need to know about the plot because Wes Anderson doesn’t seem very interested in it himself. As usual, the strength of a Wes Anderson movie is the visuals and the characters. And Ralph Fiennes is indeed quite the character. Ralph Fiennes without a doubt delivers the best performance in the movie. On one level the character is totally ridiculous, delighting in his own pomposity, given to reciting or making up poetry on the spot. But on the other he’s supremely devoted to his position and his respect for the tradition of The Grand Budapest Hotel that is both endearing and in its own way, quite noble.

His chemistry with Toney Revolori is delightful and one of the pleasures of the movie is to watch the wonderful friendship that develops between Gustave and Zero. The movie is chock full of interesting, quirky characters played by many familiar faces from Wes Anderson’s usual repertory of actors who appear in his movies such as Willem Dafoe, who is blackly hilarious as a hit man, Jeff Goldblum, Bill Murray, Jason Schwartzman and Bob Balaban. But there’s a whole host of other actors who pop up in cameos that will give you a nice thrill when you see them.

How does this stack up with the other Wes Anderson movies I’ve seen? I wouldn’t put it on the same shelf as “The Fantastic Mr. Fox” “Moonrise Kingdom” or “The Life Aquatic With Steve Zissou” all of which are my favorite Wes Anderson movies. But I do rate it way higher than pretentious pap like “The Royal Tenenbaums” and “The Darjeeling Limited”

It’s a luxurious and downright opulent movie that presents us with an entire world that has weight and depth and texture. I truly appreciate movies that don’t look like other movies and present stories a little bit skewed and makes me cock my head a bit to the side while watching it. THE GRAND BUDAPEST HOTEL is well worth your time if you’re the type who likes your desserts just a little bit richer than is good for you. Enjoy.

5 thoughts on “The Grand Budapest Hotel”