Screenplay by Seth Grahame-Smith based on his novel “Abraham Lincoln: Vampire Hunter”

Two things before I jump into this review:

1) I’ve read on the Internet and heard from friends of mine about how historically inaccurate the movie is. Folks, if you’re expecting historical accuracy from a movie titled ABRAHAM LINCOLN: VAMPIRE HUNTER then you most certainly are watching the wrong movie. You need to be watching 1940’s “Abe Lincoln In Illinois” starring Raymond Massey as Abe Lincoln. Seriously. It’s an excellent movie that I’ve seen about two or three times now on Turner Classic Movies. It’s well worth your time.

2) People complaining that the movie wasn’t like the book. Sigh. Folks, haven’t we grown past that by now? True, I haven’t read the book but now, having seen the movie I plan to. But from what I know of the book the only way it could have been done justice was as a six hour miniseries on HBO and Showtime. Would that have been better than the 1hr. 45 minute movie we do have? I dunno. But I do think it worth pointing out that the same guy who wrote the book wrote the screenplay. I like to think he’s an intelligent enough writer to have realized that novels and theatrical movies are two different mediums and what works for one may not necessarily work for the other. Bottom line is all I know is that I enjoyed and respected ABRAHAM LINCOLN: VAMPIRE HUNTER the movie for what I got out of it: It’s a superhero movie in historical/vampire/horror movie drag.

We’re introduced to Abraham Lincoln (Benjamin Walker) as a boy living and working with his parents on a southern plantation owned by Jack Barts (Marton Csokas) Barts is a vampire who kills Lincoln’s mother and the grief stricken youth sets out on afailed attempt to get revenge ten years later. He’s rescued by the professional fearless vampire killer Henry Sturges (Dominic Cooper) who takes on the young man as an apprentice. Lincoln is no good with conventional weapons like guns or knives but he’s a regular Jet Li with an axe. Henry develops an unconventional fighting style for Lincoln using the axe and then sends him out into the world to kill vampires. Well, Abe does that in spectacular style and he also finds time to enter politics and romance Mary Todd (Mary Elizabeth Winstead)

Now here’s when things get more than a little wacky: turns out there’s this vast secret vampire empire led by The First Vampire, Adam (Rufus Sewell) that controls the southern United States. Slaves are used not only as labor for the humans but as food for the vampires. The movie gives us the outrageous notion that Lincoln became President and fought The Civil War not just to end slavery but to break the back of this secret vampire empire. The tide of The Civil War is turning against The North but President Abraham Lincoln has one desperate ploy left: a trainload of silver that is deadly to vampires that he has to get to the Union Army at Gettysburg. Armed with his trusty axe as well as his faithful sidekicks (Anthony Mackie and Jimmi Simpson) can Honest Abe defeat Adam and his vampire hoard and still get to Gettysburg in time to deliver his address?

I think the thing I admire most about ABRAHAM LINCOLN: VAMPIRE HUNTER is that no matter how silly and how ridiculous things got, the actors kept a straight face and played the material with respect for what they were doing. And yes, it is an outrageously silly movie. It’s the kind of movie where even though this takes place in 19th Century America, everybody and I do mean EVERYBODY knows Kung Fu. Abraham Lincoln takes hits to the chest that throws him a good fifty feet but he gets up as if nothing happened and proceeds to kick vampire ass with relish.

You won’t get a bad word out of me about the acting. Benjamin Walker looks and acts so much like Liam Neeson in some scenes it’s scary. And he gives the role all he has. In fact, he gives it more than he really has to but to me that only showed how committed he was to selling us on his incarnation of Honest Abe Lincoln as Vampire Hunting Superhero. Anthony Mackie, Dominic Cooper, Jimmi Simpson and Mary Elizabeth Winstead all turn in solid performances. If there is a complaint I have it’s that Rufus Sewell isn’t given enough to do. But then again, I never think Rufus Sewell is given enough to do.

The action sequences are absolutely jaw-dropping if totally impossible and again, that’s what lends to the superhero aspect of the movie. There’s a fight Honest Abe has with a vampire in the middle of a stampede of hundreds of wild stallions that has to be seen to be believed and the entire train sequence near the movie’s end has already become legendary. 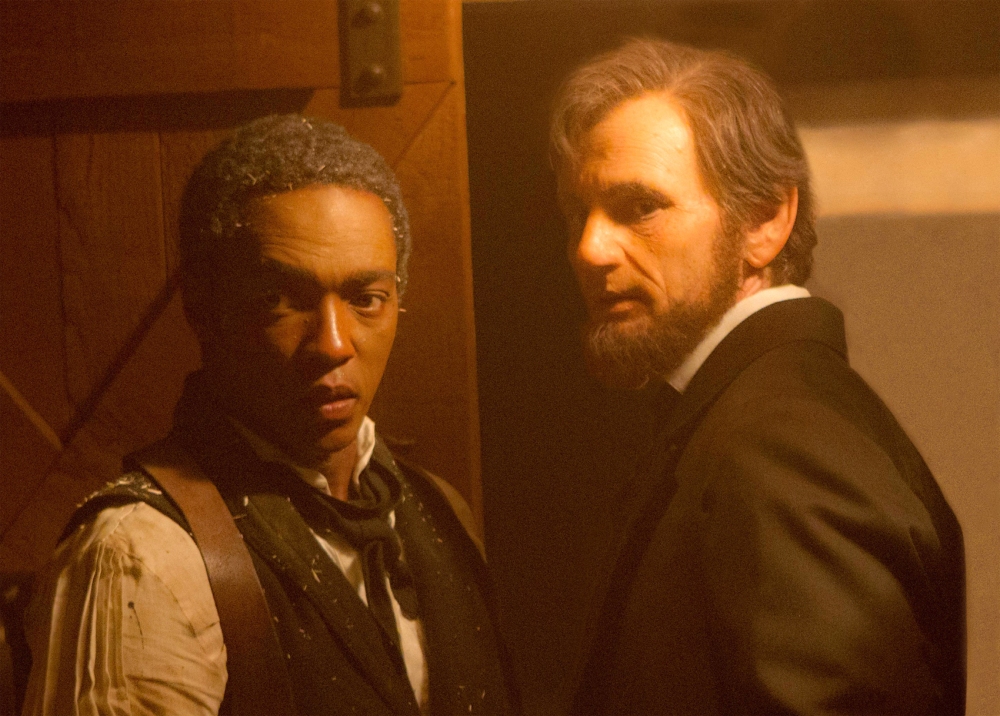 So should you see ABRAHAM LINCOLN: VAMPIRE HUNTER? I say yes. It’s a really bizarre mixture of outrageously mashed-up historical/fantasy material married up to serious acting and flavored with incredible action/fight sequences that you would expect to see in a Hong Kong Kung Fu flick. You might not like it but I can guarantee you one thing: you will not be bored. It’s got an amazingly strong visual style and more than any movie I can think of in recent memory it plays like a live action graphic novel. I had a good time watching it and I think that if you approach it in the right mood, you will too. Enjoy.