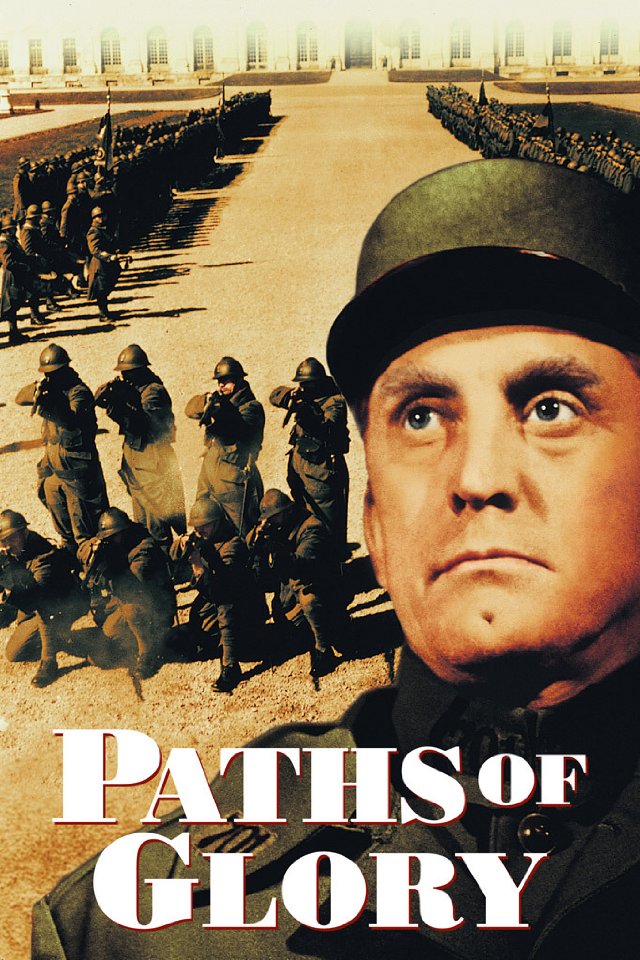 Produced by James B. Harris

Based on the novel “Paths of Glory” by Humphrey Cobb

We could discuss and debate all day long about why Stanley Kubrick is a genius filmmaker and why so many of his movies are masterpieces of cinema but here’s why his movies work for me: he didn’t sentimentalize or romanticize the way the people in his films behaved. He never worked at trying to make audiences like the people in his movies. He simply presented them as people and it’s up to you as a viewer to decide how you feel about them and what they’re doing. In a Stanley Kubrick movie, People Are People. And that’s just the way I like it.

In discussions I have with people about Stanley Kubrick the major complaint I hear from people as to why they don’t like his movies is that they’re too ‘cold’ and ‘cerebral’ which really perplexes me because those are words I would never use to describe “Spartacus” “Lolita” “Full Metal Jacket” “The Killing” “A Clockwork Orange” or the movie we’re going to be talking about now; PATHS OF GLORY.

We’re in the middle of World War I when General Broulard (Adolphe Menjou) a senior member of the French Army General Staff visits General Mireau (George Macready) on a matter of grave urgency. The decision has been made (and quite pointedly it’s never made clear who exactly has made this decision) that an extraordinarily well-defended German position nicknamed “The Anthill” must be taken. Mireau is horrified at first. The Anthill is virtually impregnable. Taking it is a suicide mission and Mireau cites the brutally high cost of lives lost among his troops to take The Anthill and even if his men are successful, so many would be killed in the attempt that they couldn’t possibly hold it. 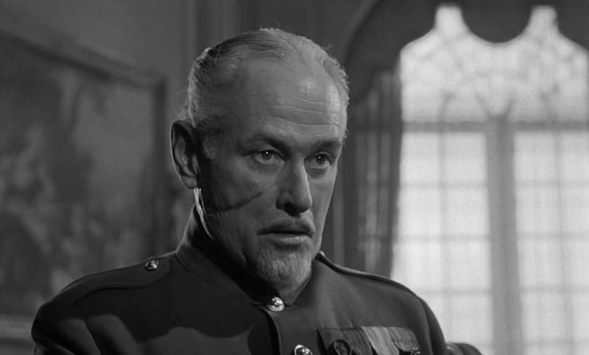 Mireau sings a different song when Broulard dangles a fat promotion in front of his nose. All of a sudden Mireau thinks that such an attack will succeed. He leaves the actual planning of the attack to the regiment’s Colonel Dax (Kirk Douglas) who is frankly and openly aghast as he insists that the only thing this attack will do is waste the lives of good soldiers.  Mireau doesn’t back down and Dax insists that he be allowed to lead the men.

The attack is a disaster right from jump. So many soldiers are killed in the first wave that the rest refuse to leave the safety of their trenches. An enraged General Mireau orders his own artillery commander to fire on Dax’s men to force them out of the trenches and onto the battlefield. No fool he, our artillery commander: if Mireau wants him to fire on their own troops, he wants it in writing. The attack fails miserably and with a hideously high body count to show for it. 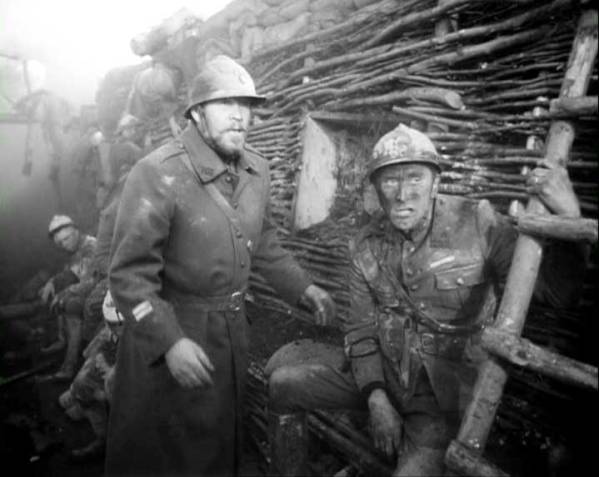 Mireau picks three soldiers to court-martial for cowardice. Corporal Paris (Ralph Meeker) is chosen only because there’s a secret he knows about a murder his drunken lieutenant committed. Private Ferol (Timothy Carey) is picked because he’s a “social undesirable.” Private Arnaud (Joe Turkel) is chosen randomly and he really has no business being on trial as he’s got citations for bravery. Dax volunteers to defend the men at their court-martial as in his civilian life he was a criminal defense lawyer but it soon becomes obvious to him that the entire trial is a kangaroo court and no matter what he does or says, three innocent men are going to be sentenced to death and stood up in front of a firing squad. 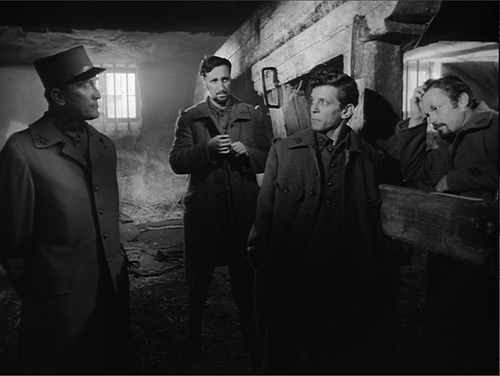 The outrageous injustice of what happens to these three men, each good and loyal soldiers is the core of what makes PATHS OF GLORY such an incredibly compelling movie to watch. The movie is a war movie but then again it isn’t about war, although it’s got one of the most impressive battle scenes I’ve ever seen on film. It’s about the hypocritical and deceptive nature of cowardice masquerading as leadership. It’s about the abuse of power and arm-chair warriors deciding whose life is valuable and whose life should be thrown away. Even in an office setting there are Generald Broulards and General Mireaus.

It’s some powerful stuff and there’s an equally powerful cast to sell the story. For me, Adolphe Menjou walks away with the acting honors. The way General Broulard manipulates the events that happen in this movie has to be seen to be believed. If his character had ever managed to meet and marry Angela Lansbury’s Mrs. Iselin from “The Manchurian Candidate” the two of them could have taken over the world. I see him more as the villain of this piece than General Mireau who is little more than an opportunistic fool who doesn’t know how to cover his own ass. Ralph Meeker owns every scene he’s in and this movie is has one of the best and strongest performances I’ve ever seen him turn in. And Kirk Douglas…well, he’s Kirk Douglas. ‘Nuff said. 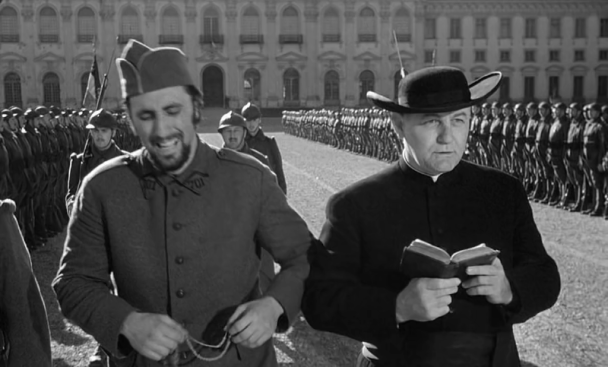 So should you see PATHS OF GLORY? Absolutely. It makes a terrific companion piece with Stanley Kubrick’s Vietnam War epic “Full Metal Jacket” It’s a perfect example of the kind of movie that people mean when they say; “they don’t make ‘em like that anymore.” And along with “Spartacus” it’s the Stanley Kubrick movie that people who claim Mr. Kubrick didn’t make emotional movies should watch. After scenes such as the kangaroo court, the doomed soldiers spending their last night together embracing their doom, the final walk to the firing squad and the final scene with the German girl singing to the French soldiers it’s obvious to me than Stanley Kubrick may have been the most emotional filmmaker the 20th Century had.

One thought on “Paths of Glory”