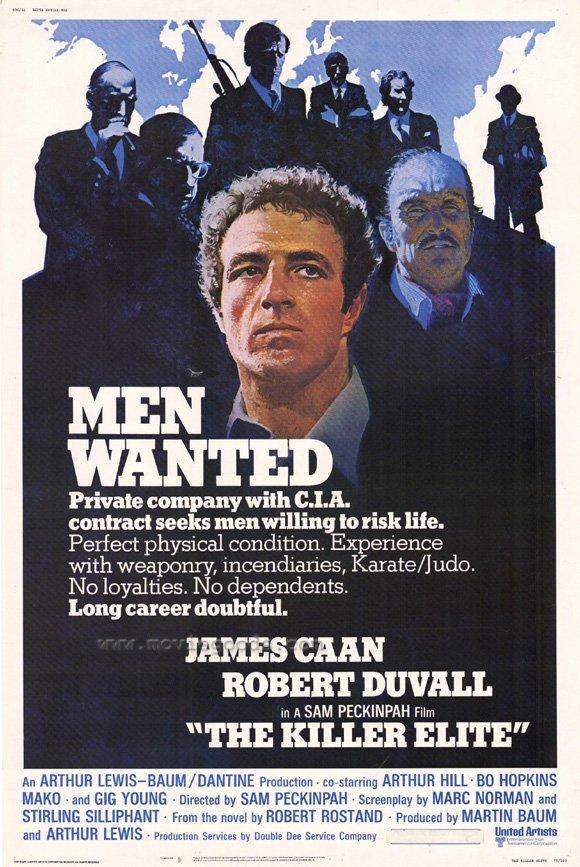 Based on the novel “Monkey In The Middle” by Robert Rostand

THE KILLER ELITE is most definitely a lesser Peckinpah entertainment. But lesser Sam Peckinpah is still better than most other directors on their best days. It hasn’t got the wild, chaotic and yet balletic violence of some of his earlier movies. It’s not as energetic as his other, earlier movies. And the story doesn’t deal with the themes Peckinpah is known for such as men searching for redemption and justification in a violent and dishonorable world. The two reasons for this could be because Sam Peckinpah wasn’t allowed to rewrite the screenplay and this was when Peckinpah began using cocaine. (allegedly it was the star of this movie, James Caan who introduced him to the stuff) and adding the yayo to Peckinpah’s already legendary intake of alcohol didn’t make for the best of working conditions.

In any case, whatever the reasons for the way it turned out, THE KILLER ELITE is essentially a straight-up cloak-and-dagger action flick. We got double crosses, gun fights, car chases, ninjas, martial arts…it all adds up to a satisfying package.

Mike Locken (James Caan) and George Hansen (Robert Duvall) are mercenaries working for a company called Communications Integrity. It’s a private intelligence/military/espionage corporation that contracts itself out to official government intelligence agencies to do the jobs that for one reason or another they can’t do. Locken and Hansen have been friends and partners for years and that’s the only thing that saves Locken on their last assignment together. Hansen has sold out to a rival corporation. He kills their latest client, an East European defector and goes against orders to kill Locken as well. Instead he shoots out Locken’s knee and elbow, crippling him. 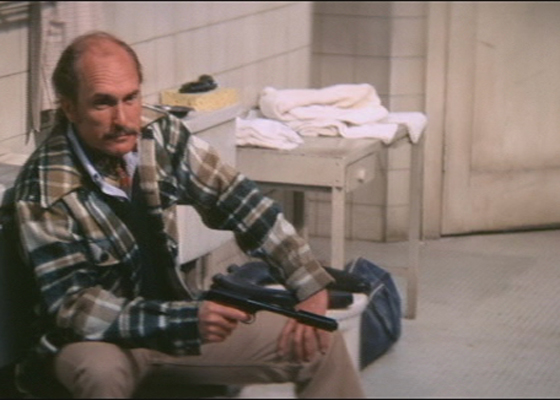 As far as Locken’s bosses, Weybourne (Gig Young) and Cap Collis (Arthur Hill) are concerned, his career is over. But Locken undergoes an intensive period of rehabilitation that includes studying martial arts and actually becomes pretty damn fearsome at using his cane as a weapon. And the rehab pays off when Cap Collis comes to him with a job. An Asian client , Yuen Chung (Mako) needs protection from assassins while he’s in the United States. While the C.I.A. are supposedly in charge of his security they pass the job along to ComTeg because of who’s leading the assassination team: George Hansen.

Locken recruits two former ComTeg operatives as his backup for the assignment. Mac (Burt Young) is an expert driver who now owns his own garage where he builds custom made vehicles for security work. Jerome Miller (Bo Hopkins) is a weapons expert who doesn’t have all the spots on his dice. But what none of them are aware of is that they’re all pieces on a bloody chessboard and the game is an internal power struggle between Cap Collis and Weybourne.

You have to sit through a lot of plot exposition before getting to the good stuff but it’s worth it. I like the scenes of Locken regaining the use of his leg and arm and I appreciate that the story doesn’t turn him into a Jim Kelly level martial arts master. He’s good but he’s not that good. I enjoyed the humor in the scenes of him recruiting Mac and Miller. Burt Young and Bo Hopkins obviously are having a lot of fun in their scenes together and I wish they had had more. Burt Young gets a lot of mileage out of his character Mac who is an unashamed slob. Unkempt is a polite word for his appearance. But put him behind the wheel of a car or a .45 automatic in his hand and he’s pure dynamite. And quite unexpectedly he takes on the job of being Locken’s conscience, forcing Locken to re-evaluate his own worth in this shadow word of death and deceit. 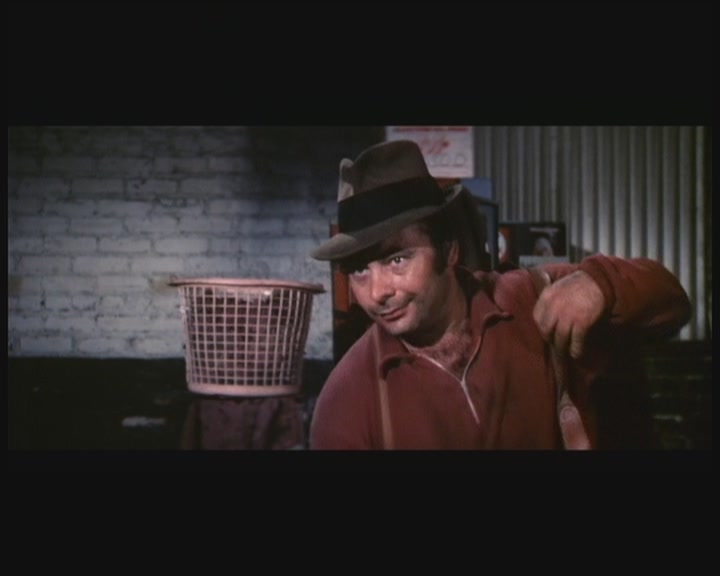 There’s a couple of terrific action sequences such as a Chinatown shoot-out and a battle between Locken, Mac and a hoard of katana wielding ninja. There’s a really goofy scene involving Mac’s wife Josephine (Sondra Blake) who calls everybody ‘Mr. Davis’ when Locken is around. The funniest scene is probably the one where Mac is trying to defuse a bomb attached to the underside of their getaway car while a cop is standing over him, kicking his legs, demanding he come out from under there while Locken is calmly explaining to the cop why that isn’t such a hot idea.

So should you see THE KILLER ELITE? Yes. I will be the first to say it’s not one of Sam Peckinpah’s best but it’s a solid action flick that has good performances from everybody and more than enough story to hold your interest until the ass-kicking commences. Highly recommended.

2 thoughts on “The Killer Elite”