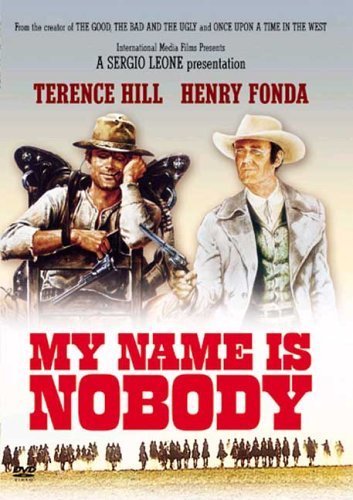 Based on a story by Fulvio Morsella and Ernesto Gastald

As will usually happen to a writer, people will always ask me what my influences are.  And I name various writers and genres and then I mention spaghetti westerns and a strange thing happens: their eyes light up and they start asking me have I seen this movie or that movie in the genre and people are always surprised that I proudly cite spaghetti westerns as an influence on my writing style.  I don’t see why. Out of the nearly 600 spaghetti westerns made between 1960 and 1975 I would estimate I’ve seen at least 200 of them.  You don’t see that many movies in a genre without it having a profound effect on you.  And I’m not the only one.  If you’re a fan of John Woo, Roberto Rodriguez and Quentin Tarentino then you’ve seen three of the most popular filmmakers of current times who were profoundly influenced by the spaghetti western.  Most people only know the Sergio Leone “The Man With No Name” Trilogy as an example of the genre.  But as far as I’m concerned “Once Upon A Time In The West” is the greatest western ever made with “The Good, The Bad and The Ugly” following a damn close second.   But there are many, many, many more spaghetti westerns besides Sergio Leone’s that are well worth seeing.  But we’ll get into those in other reviews, okay?

For many movie fans, myself included, Sergio Leone invented the spaghetti western, as we know it.  Leone created a mythic American West that has more in common with the fantasy fiction of Robert E. Howard than the actual American West.  In Sergio Leone’s American West, warriors carried six-guns instead of swords and instead of sorcerers they fought villains of unimaginable cruelty whose skills rivaled that of the heroes.  And in most of Leone’s movies, the only reason the good guys won out was because they played just as dirty or even dirtier than the bad guys.  Evil was challenged, fought and defeated by a greater evil that somehow was nobler and more pure.

Now if you look at the credits of this movie above you’ll see that Sergio Leone’s name is not mentioned and since he is officially unaccredited I did not do so.  But trust me that MY NAME IS NOBODY is a Sergio Leone picture.  He worked on the screenplay, he choose Henry Fonda for the movie (in fact, he wouldn’t make the movie without him) and he directed key scenes.  And he did so because this movie was his statement about The American Western Vs. The Spaghetti Western.

Jack Beauregard (Henry Fonda) is an aging gunslinger just looking to retire in peace and quiet.  Unlike most gunslingers his age he knows his time is up and the world has moved on.  He’s booked passage on a ship that will take him to retirement in Europe.  Jack only wants to get on the ship and spend the rest of his days his peace.  It’ll take Jack about two weeks to get to the ship and he plans on doing it nice and easy.

However, Jack runs into a young, handsome gunslinger that apparently has no name.  Whenever he’s asked what his name is he simply replies: “I’m Nobody.”  But this Nobody (Terence Hill) clearly idolizes Jack.  He knows everything about Jack’s life and can recite the names of every man Jack has killed, where he killed them and even how many shots it took for Jack to kill them.  Jack isn’t clear as to what this Nobody wants.  Does he want to face down Jack in a gunfight?  No, actually Nobody wants Jack to take on The Wild Bunch, a gang of 150 purebred sons of bitches and he wants Jack to take them on alone in a battle of Ragnorakian proportions.  Nobody wants Jack to go down in the history books as the greatest gunslinger of them all and for much of the movie, Nobody manipulates Jack until Jack has no choice and he has to face down The Wild Bunch in an epic gunfight.

It’s interesting to see how MY NAME IS NOBODY is filmed because the scenes with Henry Fonda by himself are done as a straight American Western while the scenes with Terence Hill are done as a Spaghetti Western.  What Sergio Leone was doing in this movie is basically acknowledging both genres, using the then current icons of the genres and letting them play off each other and it’s a really good piece of work.  MY NAME IS NOBODY is a very funny movie in its own right as Terence Hill made his rep in western comedies, often pared with Bud Spencer who played his brother in the ‘Trinity” movies and he’s got some great comedic moments here.  I always like how he treats his near supernatural abilities with a gun as if it’s the most boring thing in the world.   He’s got a great scene where he’s holding his saddle on one shoulder and on a dare, draws his gun and replaces in the holster three times with the same hand holding the saddle without letting it drop.

Henry Fonda is really good in this movie.  The whole thing revolves around the relationship between Jack Beauregard and Nobody and Henry Fonda sells it.  He never really knows exactly what Nobody wants or what he’s trying to do but by the end of the movie you truly get the sense that they have become friends.  And you also get the sense that Sergio Leone has made friends between The American Western and The Spaghetti Western.  And I couldn’t write this review without mention of the score by The Master Himself: Ennio Morricone.  He’s got this really hilarious theme for The Wild Bunch whenever they show up in the movie that’s based on Wagner’s “Ride Of The Valkyries” that you’ve have to hear for yourself to believe.  Only Morricone could make it sound both threatening and funny at the same time

It’s a remarkable film just in the way it’s filmed, with those vast vistas that Italian directors loved.  There’s a tense scene where Nobody and Jack are talking in a graveyard that is deadly serious and another that mirrors that scene but it’s in a pool hall and played mainly for whimsical laughs.  Henry Fonda is his usual reliable self when it comes to acting.  His Jack Beauregard is a tough old son of a bitch who can still outdraw and outshoot young punks half his age.  He just doesn’t want to anymore.  And Terence Hill is a really goofy, funny actor who I like a lot.  He’s absolutely great in this movie and he works well with Fonda.  They make an intriguing team and MY NAME IS NOBODY is a movie you should put on your Netflix queue to see if you haven’t seen it yet or even if you haven’t seen it for a while.  It’s a worthy western that any fan of the genre should see.

2 thoughts on “My Name Is Nobody”