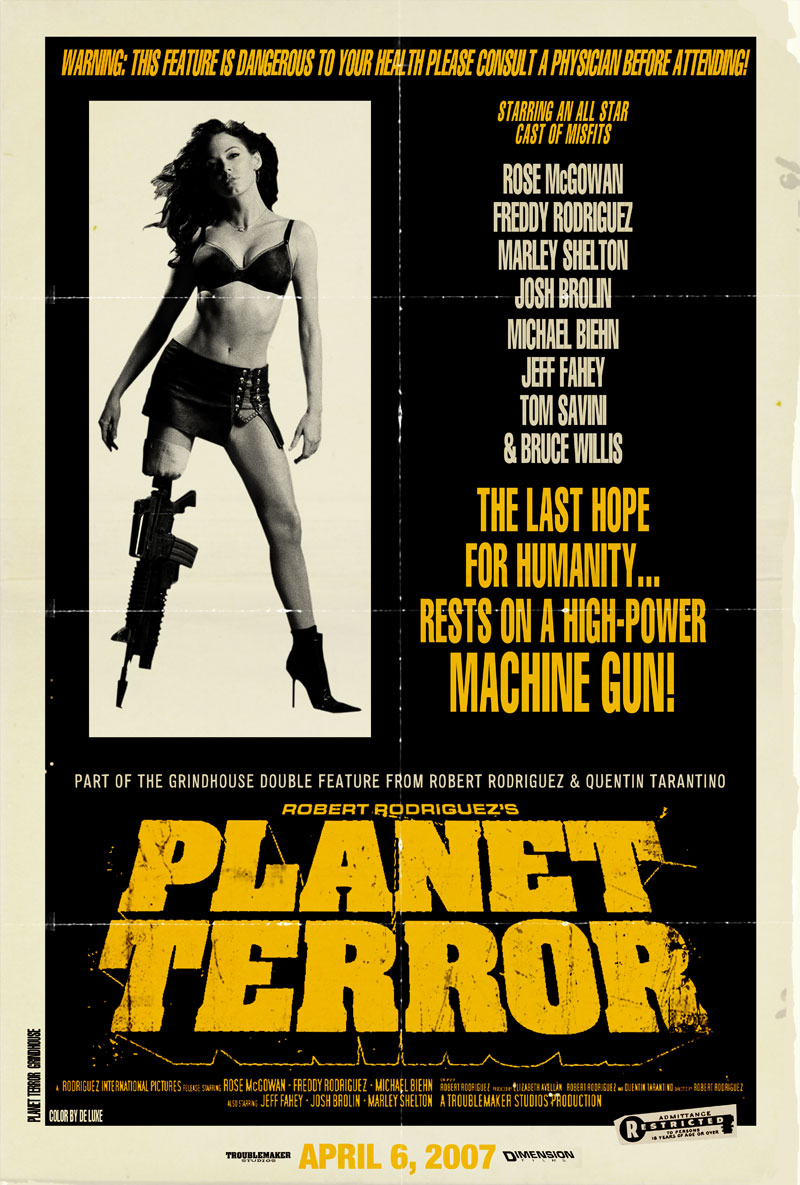 Once upon a time there was this street in Manhattan.  42end Street.  Now before you jump up and say; “It’s still there!” Let me say that no.  It’s not.  Oh, 42end Street is there.  But it’s not there.  Give me a minute to explain.

Back in the 70’s and 80’s you could go to 42end Street between 7th and 8th Avenue and on both sides on the street there were nothing but movie theaters.  Cheap movie theaters that showed double and even triple features.  And when I say cheap I mean $2 or $3 bucks.  That’s right.  You could go see two movies for three lousy dollars and stay in the theater until it closed.  There was this one theater that showed nothing but a triple bill of kung fu movies.  The theater that was home to “The Lion King” for many years used to be the raunchiest XXX movie theater in Times Square.  These theaters opened early and closed late.  Real late.  If you had $20 bucks in your pocket you could stay on 42end Street all day long and most of the night cruising from one theater to another until you were all movie-ed out.  Of course you shared the theater with potheads, drunks, bottom feeder drug dealers, prostitutes, unemployed men hiding out from the world, teenagers cutting school and their ilk.  But if you didn’t mess with anybody they generally didn’t mess with you.  Back in the day the rule of thumb was: “don’t start no static, there won’t be none”.   The movie theater staff had the same policy.  Folks would light up their joints, pass around 40s of malt liquor, pints of cheap booze, smoke cigarettes openly and put their feet up on the backs of the seat in front of them.  But as long as they were cool, the management was cool.   In short, the environment was as saturated with depravity as the movies shown.

The movies that were shown in these theaters, which we now popularly and affectionately refer to as ‘grindhouses’ were far from Academy Award winning films.  They were Grade B, C, D and more oftentimes than not, Z exploitation flicks.  Blaxplotation.  Kung fu flicks.  Spaghetti westerns.  Horror.  Italian ‘giallo’ thrillers.  Splatter.  Made on the cheap and designed to be nothing more than sensational pulp entertainment that you forgot the day after you saw them.  Oh, there were exceptions, to be sure and a lot of those movies transcended the trash and are still highly regarded to this day.  But the 42end Street of those bad old days is gone forever.  I know, I know…people go on and on about it’s ‘safer’ now.  It’s ‘cleaner’.  It’s more ‘family orientated’ and I’m all for that.  I still think it was more fun back then.

Quentin Tarantino and Robert Rodriguez collaborated on a project called “Grindhouse” where they attempted to give modern day movie goers a taste of what the movie going experience was like back then.  “Grindhouse” was made up of two complete and separate films on a double bill along with a handful of fake trailers for equally fake films.  The two movies, “Death Proof” and PLANET TERROR were aged and battered to replicate the way films looked back then since those prints were shipped all over the country from theater to theater and not handled with the best of care.   So when they were shown on the screen you had all these scratches and more often than not whole sections of film missing and spliced together.  “Grindhouse” even made use of vintage 70’s/80’s advertisements and theater announcements.   It was all designed to be a Valentine to that entire movie era of gleeful sex, violence and gore.

The problem was that a lot of moviegoers didn’t get the joke.  I remember reading that audience members were confused by the sections of the movie that had ‘missing reels’ and demanded that they see the missing parts or else they wanted their money refunded.  Supposedly there were complaints from theater owners about the 3 hr+ running time of “Grindhouse” Whatever the reason; “Grindhouse” was an ambitious experiment that failed at the box office.  Too bad.

PLANET TERROR begins with go-go dancer Cherry Darling (Rose McGowan) quitting her job and hitting the road to pursue her dream of being a stand-up comedian.  She herself doesn’t think she’s very funny but since everybody she knows says she’s hilarious she figures what the hell.  Cherry literally hits the road when she’s almost run over by a convoy of Army trucks heading for a military base outside of Austin, Texas led by the smirkingly sinister Abby (Naveen Andrews) and Lt. Muldoon (Bruce Willis) who are looking for canisters of a top secret biological weapon hidden at the base.  In a movie like this it’s almost a given that things go wrong.  They do and the biological weapon is unleashed in the form of a sick-looking green mist that infects the townspeople, turning most of them into flesh-eating mutant zombies and leaving only a handful of desperate characters who must band together to stay alive during the hellish night.

Let me say right off the bat that if you’ve got a sensitive stomach and really don’t enjoy the sight of bodies being Swiss-cheesed by thousands of rounds of machine-gun fire or pulled apart like fried chicken and devoured then this isn’t the movie for you.  Robert Rodriguez doesn’t hold back on anything in this one and the sheer exhilaration of the violence in this movie might freak out some people.  There’s stabbings with hypodermic needles, zombies are doused with gasoline and incinerated, zombies are blown up, run over, decapitated and that’s the light stuff.  After seeing this movie my wife Patricia was speechless.  Seriously.   Depraved souls like myself are going to have a great time with this one.

You really have to throw out everything you thought you knew about movies to appreciate PLANET TERROR especially if you’re someone who’s never seen a movie that’s less than ten years old.  That’s because in terms of acting, cinematography, special effects and story, PLANET TERROR scores as being a successful throwback to the 70’s/80’s style of movie.  It looks, sounds and feels like somebody was rummaging around in a long forgotten storage room somewhere and found a lost John Carpenter flick from the 70’s.

A lot of the fun comes from the eclectic cast, all of whom look as if they’re having an absolute blast because they throw themselves in the ridiculously loopy story with gusto, energy.   While they’re all having fun with the material they respect it and make even the most bizarrely outrageous plots twists seem logical.  Freddy Rodriguez is really good as the mysterious badass El Wray who apparently can do anything and do it with a James Coburn-ish cool I found tremendously appealing.  And it adds to his mystique and badass status that El Wray is an average sized, average looking guy.  He certainly doesn’t look like a cat who can walk through a wall of zombies with nothing but a pair of switchblades and take ‘em all out.  Josh Brolin’s performance was one that struck me as oddly familiar for some reason and I couldn’t put my finger on it until the second time I watched the movie: he’s doing Nick Nolte.  In appearance, voice and mannerisms he’s a dead ringer for Nick Nolte in his younger days.  Michael Biehn and Jeff Fahey are a lot of fun as brothers.  Biehn is the local law while Fahey runs the best BBQ shack in Texas.  They brothers have spent years feuding over the family BBQ recipe but put their differences aside to fight zombies.  There’s some nice cameos and small but memorable supporting bits courtesy of Stacy Ferguson (of The Black Eyed Peas) Bruce Willis, Nicky Katt, Tom Savini, the Original El Mariachi himself: Carlos Gallardo, Q.T. and Robert Rodriguez’s patch encrusted leather motorcycle jacket.

But the movie belongs to Rose McGowan and she knows it.  From her opening scene to the closing she owns the movie and strides through it with a confidence and sly smile that seems to be communicating something private to those of us watching it.  She’s beautiful, funny, serious, droll and best of all; she plays Cherry Darling with respect.  It can’t be easy playing a zombie fighting go-go dancer with an M-16 for a leg but she plays it straight enough with just the right shadings of humor that we go along with it.  I’d like to see Meryl Streep or Nicole Kidman try to play the same character half as well.

So should you see PLANET TERROR?  Absolutely.  I applaud Robert Rodriguez for saying “the hell with it” and just going all out crazy with this one.  I mean, if you’re gonna make a movie then dammit make a movie as if you’ll never make another one in your life and that’s how PLANET TERROR plays.  It’s a wonderful homage to a  style of filmmaking we don’t see anymore and it’s done with such brilliant energy and imaginative power that I was truly sorry when it ended and I can’t say that about too many movies I see these days.

But again I have to warn those of you who are sensitive to violence to steer clear of this one.  Especially since there’s a scene involving a little boy and a handgun.  I realize that even though it’s a movie there are those who take such scenes as that one very seriously and would rather not see scenes such as that one even though you don’t actually see anything.   And if you decide to watch both PLANET TERROR and “Death Proof” on the same night (which is really the best way to see ‘em) let me make a suggestion: Watch “Death Proof” first then PLANET TERROR.  Even though in the theaters they were shown in the opposite order trust me on this one.  I think you’ll enjoy it a lot more.  Then go email Robert Rodriguez and demand a movie starring The Crazy Babysitter Twins.